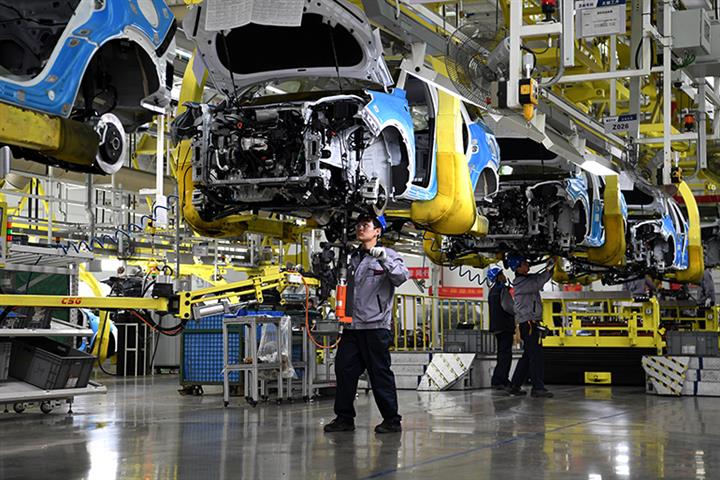 The world’s second-largest economy is stabilizing and rebounding, but because of sporadic outbreaks of Covid-19 in China and a more complex external environment the recovery still faces enormous pressure, according to the economists at major Chinese financial institutions.

China’s economy has rebounded after hitting rock bottom in the second quarter because of measures to stabilize growth, employment, and prices this year, said Zhu Baoliang, chief economist at the State Information Center, who took part in the survey.

GDP growth will likely be around 5 percent in the three months ending Dec. 31 and about 3.5 percent for the whole of the year, Zhu noted.

Infrastructure and manufacturing will be the two main pillars of the ongoing recovery this quarter, said Ming Ming, chief economist at Citic Securities, adding that there may be a cut in the reserve requirement ratio because of the liquidity gap.

A sharp contraction in revenues from land sales will drag down local government infrastructure spending, according to Nomura Securities. Manufacturing investment growth may still be constrained by slowing exports, lower industrial profits, and weak market confidence.

Lian expected infrastructure and manufacturing investments to have risen 9 percent and 10.2 percent, respectively, in the first 10 months compared with a year earlier, and real estate investment to have slumped 8.2 percent. Fixed asset investment likely rose 6 percent, he said.

Retail sales of consumer goods likely grew 1.7 percent in October from a year ago, down from a 2.5 percent clip in September, the economists predicted. Consumption was the worst hit by the pandemic, said Liu Yuanchun, president of Shanghai University of Finance and Economics.

The two main factors weighing on a recovery in consumption are a decline in sales of furniture, building and decoration materials related to the real estate market in the first three quarters, and stale consumer demand for restaurants, accommodation, transport, tourism, and entertainment due to the impact of Covid-19, according to Liu.

Moreover, the growth in disposable incomes was slower than that of nominal GDP, sapping support from incomes, Liu noted.

The average annual industrial value-added growth was 6.3 percent last month, higher than the economists' expectations for 5.2 percent. The manufacturing purchasing managers' index fell 0.9 percentage point to 49.2 percent in October from September, after rising for two months in a row.

The National Bureau of Statistics is due to release October’s economic data tomorrow.