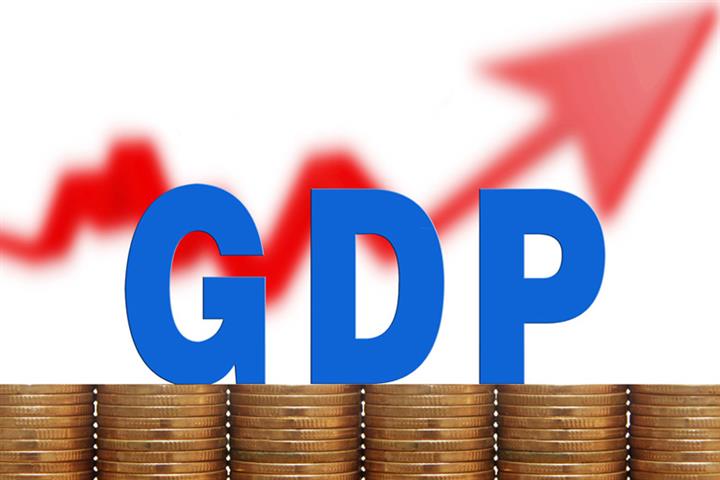 The country’s gross domestic product is expected to increase by 2.37 percent in 2020, according to the latest Yicai Chief Economist Survey released yesterday. That compares with the average prediction of 2.16 percent they made at the end of the previous quarter and the International Monetary Fund’s June forecast for 1 percent growth.

China’s GDP fell 6.8 percent in the first quarter, the first contraction since the country began publishing such data in 1992, but rose 3.2 percent in the second quarter. Economic data since then show robust activity in both the manufacturing and services sectors.

All of the economists agreed that the economy will continue to pick up through the second half following a shutdown earlier this year to stem the spread of the coronavirus.

Third-quarter GDP is projected to gain by 5.26 percent, up from an average forecasts of 3.2 percent in the previous quarter, according to the survey, which solicited estimates from 22 economists at Chinese financial institutions. Twenty offered projections for annual GDP, while 21 made predictions for the third quarter.

Their more upbeat outlook was also reflected in the Yicai Chief Economist Confidence Index, which this month marked the second-highest level this year. The gauge ofconfidence in China’s economy stood at 52.63, compared with a reading of 52.23 last month and August’s 52.85.

The economists also expect inflationary pressures to wane. They calculated the average consumer price index growth rate for September at 1.87 percent, 0.53 percentage points lower than that the official figure for August announced by the National Bureau of Statistics. The average producer price index growth rate they projected for September was minus 1.84 percent, compared with the minus 2 percent the bureau pegged for August.

Growth in sales of consumer goods retail rose to 2.01 percent last month from 0.5 percent in August, and the predicted average growth rate of industrial added value was 5.79 percent, up 0.19 percentage points from August, the survey results showed.

The growth rate of fixed asset investment for September turned positive, with an average forecast of 0.78 percent, the economists estimated, which was up 1.08 percentage points from the NBS figure for August. The forecast average of the cumulative growth rate of real estate investment was 5.11 percent, up 0.51 percentage points from the NBS data of August.

In terms of trade data, the economists reckoned September’s surplus fell to USD57.036 billion from August’s USD58.93 billion. Export growth is expected to drop from 9.5 percent in August to 9.17 percent, while imports gained 0.5 percent, compared with a drop of 2.1 percent in August.

They estimated M2 broad money supply growth in September at 10.45 percent, higher than the 10.4 percent in the previous month. Monetary policy will remain stable in the future, and the one-year loan prime and deposit benchmark interest rates and deposit reserve ratio will not change this month, the economists predicted.

The central parity rate of the Chinese yuan versus the US dollar will fall to 6.78 at the end of October from 6.8101 on Sept. 30, and will dip to 6.8 at this year's end from the 6.85 registered at the end of August, the economists forecast.