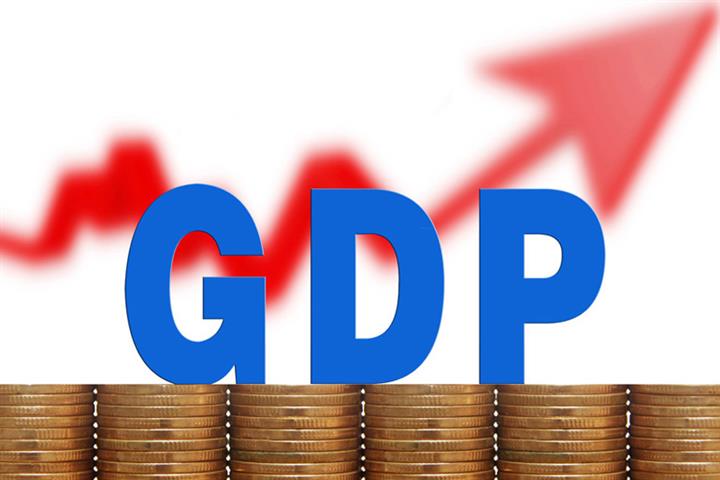 (Yicai Global) Jan. 18 -- China’s economy will recover further this year, with possible gross domestic product growth of about 5 percent, according to economists.

With policy changing toward Covid-19, the real estate sector, and internet platforms, the recovery is expected to become the main tone of China’s economy in 2023, with annual GDP likely to rise by about 5 percent, said Wang Jun, chief economist at Huatai Asset Management.

GDP rose 3 percent to CNY121 trillion (USD17.9 trillion) last year, weighed down by slow fourth-quarter growth due to the impact of Covid-19, data from the National Bureau of Statistics showed yesterday. The target set at the beginning of 2022 was about 5.5 percent.

Economic growth may remain slow in the first quarter, but will rebound strongly in the following three months at the earliest, Wang noted, adding that a significant recovery in consumption and the property sector will become the main driving force of economic growth this year

With life returning to normal in China, consumption will gradually recover, according to Ming Ming, chief economist at Citic Securities. That, together with the implementation of new policies, can spur a 5 percent expansion in GDP, he added.

China may set a higher central government deficit ratio this year, approving a special bond quota of about CNY4 trillion (USD589.8 billion) for local governments, said Wang Qing, chief macroeconomic analyst at Golden Credit Rating. With the support of factors such as a large inflow of bank loans for new projects last year, infrastructure investment is expected to maintain a fast annual pace of about 6 percent, he added.

But other economists remain cautious. Luo Zhiheng, chief economist at Yuekai Securities, told Yicai Global that it will hard for consumer spending to pick up quickly in the short term, as attitudes toward economic uncertainties and risk tolerance have changed markedly since the start of the pandemic.

Moreover, the fact that employment data have not yet shown tangible signs of improvement and residents’ incomes and expectations for future income have not yet warmed much will also dampen the propensity to consume, Luo noted.