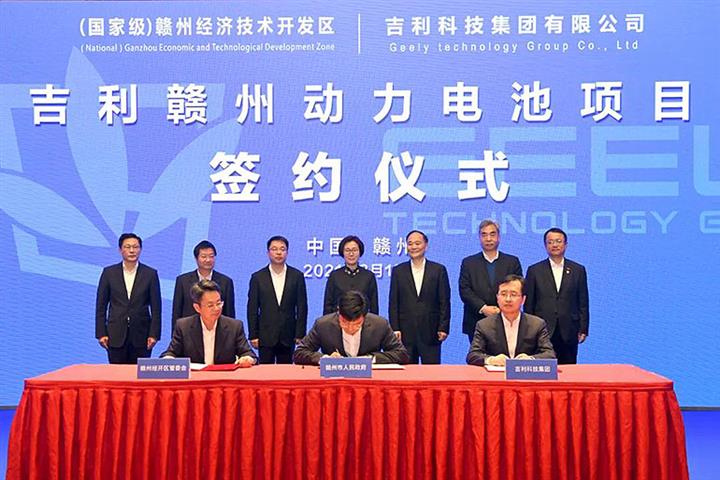 Geely Technology penned an agreement with Ganzhou's municipal government about the project with an annual capacity of 42 gigawatt-hours, Gannan Daily reported yesterday.

Geely's new energy and aerospace arm will first invest CNY8.5 billion (USD1.3 billion) to create a capacity of 12 GWh at a plant of 0.3 square kilometers. After that, it will spend CNY21.5 billion to raise the output by 30 GWh in an area double the earlier.

So far Geely Auto's NEVs have lagged behind its combustion engine cars. From January to February, its total sales were almost 233,550 units whereas NEVs, such as Geometry A, Geometry C, and Emgrand EV, made up only 3 percent of that.