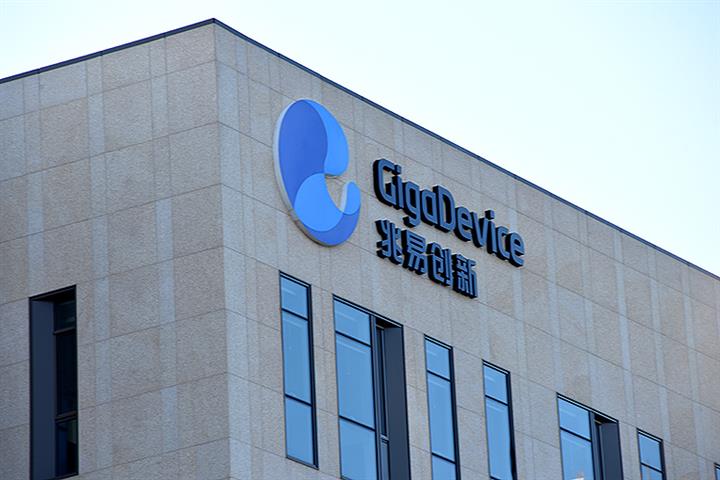 (Yicai Global) June 5 -- Shares of GigaDevice Semiconductor, a Chinese NOR flash memory designer, shot up by the exchange-imposed limit today following the news that it is to receive a cash injection of CNY2 billion (USD282 million) from Singapore sovereign wealth fund GIC Private.

The investment will give GIC Private a 2.17 percent stake in GigaDevice, becoming its ninth-largest shareholder, the chipmaker said in a statement yesterday.

GigaDevice unveiled a private placement scheme in early March to raise CNY4.3 billion to help fund a dynamic random-access memory chip research and development center that will add DRAM memory chips to its existing product lines of NOR Flash and NAND Flash memory cells. The new chip will greatly increase the firm’s revenue and profitability, the statement said.

Forty-two investors participated in the bidding, five of which were successful. GIC Private is the biggest of the five, it added.

GigaDevice will use CNY3.3 billion (USD465.4 million) of the funds raised in the DRAM R&D and industrialization project that will develop 19 nanometer and 17 nm DRAM processing technologies as well as the corresponding chips. With a total investment of CNY4 billion, the project is expected to break even in just over seven years. The remaining funds will be used to supplement working capital.