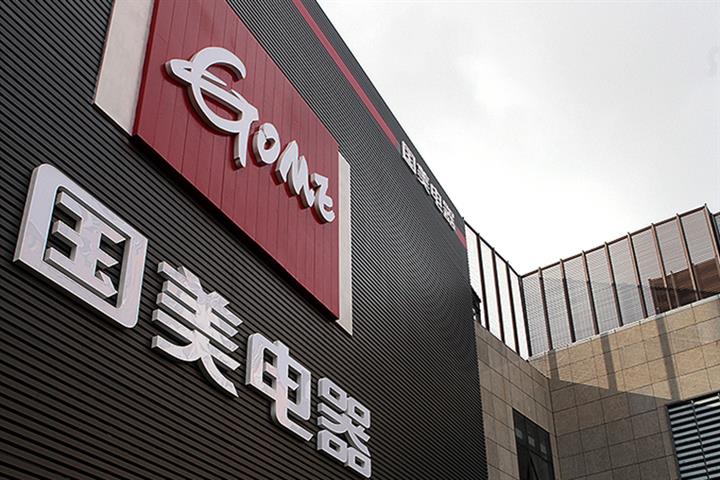 (Yicai Global) Dec. 2 -- Shares of Gome Retail Holdings, which strives to become more profitable than ever by 2025, slumped even though the struggling Chinese electrical appliance chain refuted a legal service provider's report of an alleged bankruptcy filing by disgruntled suppliers.

Gome Electrical Appliance or other units of Gome Holdings have not received any legal documents or inquiries from judicial authorities regarding a bankruptcy filing, the Beijing-based firm said in a statement on its Weibo yesterday.

Gome will deal with its operational difficulties through negotiations under the premise of fully protecting the rights and interests of all parties, it said yesterday. The white goods retailer will follow legal provisions, and also asks the relevant parties to abide by laws and regulations to solve the problems, it added.

Founded in 1987, Gome Holdings has grown into a conglomerate of retail, finance, and real estate. But lately, it has been having trouble repaying its debts. This year, the firm's net loss is expected to expand between 35 percent and 55 percent from last year's CNY4.4 billion (USD626.4 million), according to a statement issued in October. As of Sept. 30, overdue loans tallied about CNY3 billion. Gome Holdings is actively discussing with relevant banks and financial institutions to revise the loan terms, it said.

Major shareholders Huang Guangyu and his wife have sold a 24 percent stake in Gome this year, according to bourse data. Huang, who was earlier jailed for insider trading and graft, used to be China's richest man.