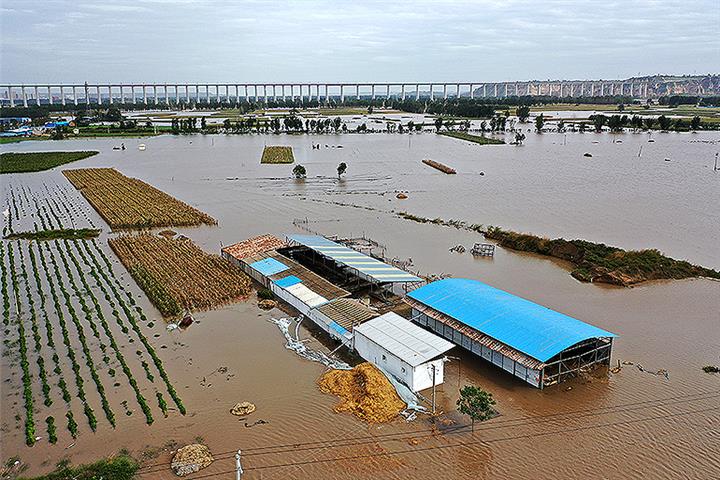 (Yicai Global) Oct. 13 -- Extreme weather and natural disasters have occurred frequently in China in recent years. Shanxi province, arid almost the whole year, suffered flooding in October. Record rainfall and floods also stuck Henan province in July, and summer in southern China was abnormally long this year. Consequently, the government and the public will change their strategies and attitude toward preventing and responding to extreme weather and unusual natural disasters.

The early warning system directly affects the degree of losses in a disaster. In fact, late and inaccurate forecasts were one of the main factors that led to severe damage during the floods which affected northern China this year. The imprecise forecast of rainstorms is limited by the level of technology, and local studies on meteorological variation caused by climate change are not enough. The high rate of inaccuracy in rainstorm forecasts has been a problem worldwide.

It is also important that the government and the public can respond effectively to early warnings. The meteorological department generally issues a blue, yellow, orange, or red alert according to the predicted disaster level. But there are no precise guidelines that mention when production should be suspended, how to coordinate various departments and dispatch disaster relief resources, and what emergency actions are needed.

Response strategies should be more specific in order to ensure a mature response to each future alert. In view of the still improving accuracy of disaster forecasting, government departments must prepare for the worst. As long as a disaster is expected to occur with a certain probability, they need to promptly adopt relevant countermeasures including the suspension of school and work, and even power cuts.

The public should also break out of their cognitive inertia to realize that there is a possibility that floods in the north and cold waves in the south can happen, so as to be well prepared both mentally and in material terms once disaster strikes.