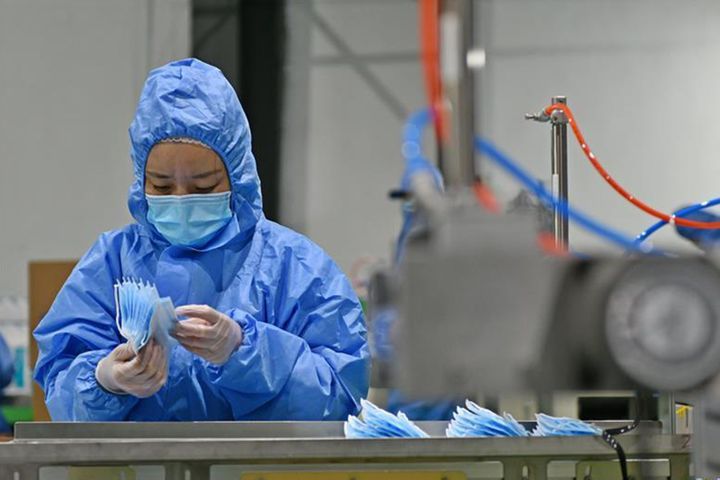 (Yicai Global) April 6 -- China had as of yesterday exported CNY10.2 billion (USD1.43 billion) worth of medical supplies globally since March 1, including 3.86 billion face masks with a value of CNY7.7 billion, official data show.

These shipments also include 37.52 million protective suits to the tune of CNY910 million (USD128 million), 2.41 million infrared thermometers valued at CNY310 million, as well as ventilators, testing kits and goggles, Jin Hai, an official with the General Administration of Customs, told a news briefing yesterday.

"China hasn't and will not restrict the export of medical supplies," Jiang added.

In a move to strengthen quality control, Customs will only release these medical exports upon presentation of certificates of registration approved by health product administrations and other documentation demonstrating they meet the quality-control standards of their respective export destinations, Jin stated.