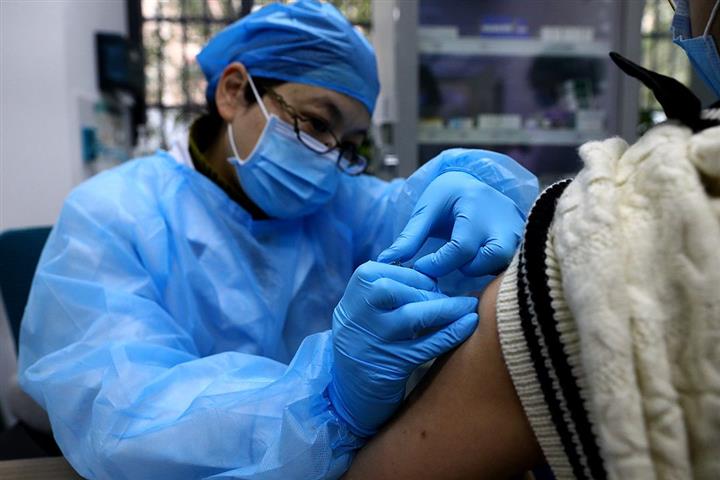 China Has Given Over 4.5 Million Covid-19 Vaccine Jabs, CDC Says

(Yicai Global) Jan. 8 -- China has administered more than 4.5 million doses of Covid-19 vaccine to people in high-risk groups, according to the deputy director of the Chinese Center for Disease Control and Prevention.

The country is now developing a coronavirus inoculation strategy for the general population, Feng Zijian said in an interview with China Central Television yesterday.

China is actively promoting vaccination for high-risk occupational groups and overseas personnel, and the priority order being formulated for other people and regions is related to the national prevention and control strategy, Feng said in answer to a question about when ordinary people can get the shots.

But at least two major groups need consideration. First, those prone to severe illness and death after infection, those aged 60-plus and patients with chronic diseases. Second, socially active and mobile people with a high chance of spreading the disease, namely college students and professionals aged between 18 and 59.

The inactivated Covid-19 jab made by China National Pharmaceutical Group, or Sinopharm, has a neutralizing antibody positive conversion rate of 99.5 percent and a protective effect of 79.3 percent, according to previously announced data. This means that after two injections, the vaccine can induce close to a 100 percent neutralizing antibody positive conversion rate to nullify the antibodies of the virus in the body, Feng said.

The jab can reduce the risk of the disease by 80 percent if an individual is infected after vaccination. Compared with people who are not inoculated, those who are have an 80 percent reduction in the disease’s incidence rate, he added.

In addition, China has given over 4 million doses of Covid-19 vaccine from Sinopharm subsidiary China National Biotec Group under emergency protocols and CNBG has dispatched over 10 million doses nationwide, Sinopharm said yesterday. No reports of serious adverse reactions have been received so far.

Following emergency vaccinations, 72,000 people have gone overseas to 156 countries and regions. These people, especially diplomats, representatives of international organizations, and employees of Chinese-funded businesses in high-risk countries, have not been infected despite being in close contact with infected individuals abroad.

Sinopharm said 81 of 99 employees in the Mexico office of a Chinese firm were vaccinated with the inactivated Covid-19 shot. Ten of the 18 who were not inoculated became infected in late August, when Covid-19 broke out at the location. None of the vaccinated employees were infected.