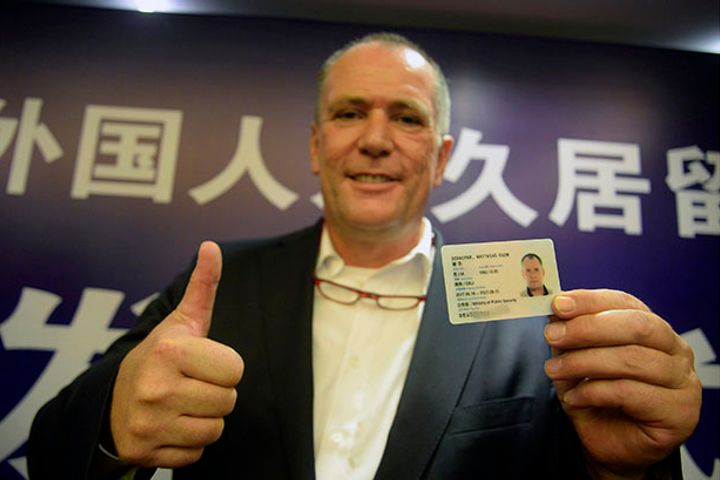 China Has Granted Over 1,800 Green Cards in Two Months

(Yicai Global) June 7 -- China's new governmental immigration agency has granted more than 1,800 permanent residence permits to foreigners since its establishment about two months ago in the city's bid for more foreign talent.

China's State Immigration Administration has approved 1,881 green card applications across the country since the agency kicked off operations on April 2, state broadcaster China Central Television reported on its website. Granting permanent residency for foreigners is a key part of the country's efforts to implement more active, open and effective talent policy, the report said.

At the onset of the new agency, the country's eastern city of Shanghai streamlined its procedures for highly skilled foreigners to get their green cards within three working days through an online application. The city had already unveiled its goal to ease the visa policy for certain groups of professionals in 2015, while setting its course toward more overseas innovation.

"High-end professionals employed by the 8,818 enterprises on a list seen as key leaders in Shanghai's quest to become a global technological innovation hub by 2030 will also become beneficiaries of the new measure," Xin Wenke, a spokesperson from the Exit-Entry Administration Bureau said to China Daily upon the launch of the new agency.

Successful applicants mostly include Nobel Prize winners and leaders in applied research, as well as PhD supervisors in universities and research institutes. The group will also include outstanding entrepreneurs in key industries, experts from recruitment programs, as well as senior managers, and their spouses and children.

Before online applications, applicants had to visit exit-entry offices in person, attend interviews and wait for permits at least for seven days.