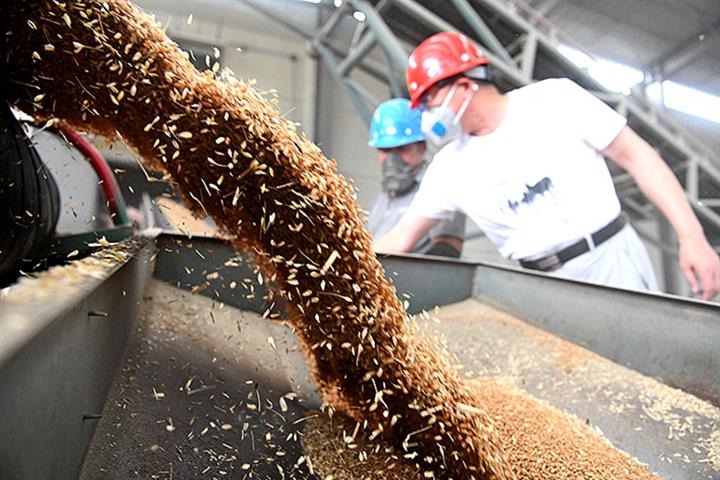 (Yicai Global) July 15 -- China reaped a record harvest of crops during the summer, despite the area planted being slightly less than last year, as better pest control and favorable weather conditions allowed for higher yields.

This year 142.8 million tons of summer crops were harvested, up 0.9 percent from last year, of which 131.7 million tons were wheat, according to the National Bureau of Statistics.

Wheat did well thanks to the favorable climate and better pest control during its late growth stage, said Li Suoqiang, director of the NBS’ Department of Rural Surveys.

The Covid-19 pandemic affected field management and the supply of agricultural materials during the sowing season, but the impact was not great given the general situation, he added.

Summer crops make up around one fifth of the annual grain harvest.