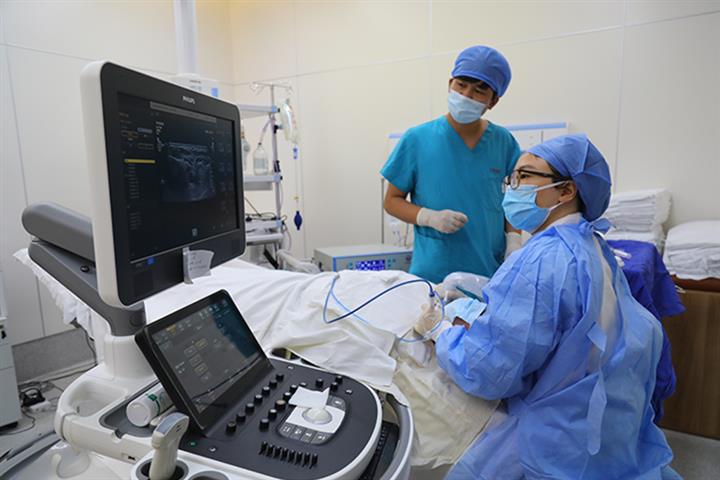 China’s Health Expenditure Soared Over 10% a Year in Past Decade, Report Says

(Yicai Global) Aug. 5 -- The total expenditure on healthcare in China, which includes spending by the government, social institutions and residents, surged by 12.3 percent a year on average in the decade from 2010 to 2020, according to the latest research.

The country’s health expenditure increased by CNY5.2 trillion (USD770.7 billion) in the ten years to 2020, according to a report by the research center for health economics and medical insurance at Nankai University. While government spending increased somewhat, there was a decline in private outlay.

Just over 30.4 percent of this amount came from the government, 41.9 percent was collective spending and 27.6 percent came from residents. Personal spending has slid 7.6 percentage points since 2010.

In 2020, over 30 percent of medical expenses for major and critical diseases was paid out of people’s own pockets, said Zhu Minglai, director of the research center. As the country’s basic medical insurance has a relatively low maximum expense cap, supplementary medical assistance is need for people suffering from serious illnesses, he added.

The government’s medical healthcare insurance fund is under pressure from a rapidly aging population. There were 191 million people in China aged over 65 in 2020, up 32 percent from 2015, the report said. The proportion of the population aged 65 and above swelled to 13.5 percent from 10.5 percent over the period. This is set to place a greater burden on medical care as elderly people tend to have more health problems.

Last year, there were 3.2 percent more employed people paying into their medical insurance funds than the year before, but the number of retirees who no longer contribute increased by 3.8 percent.