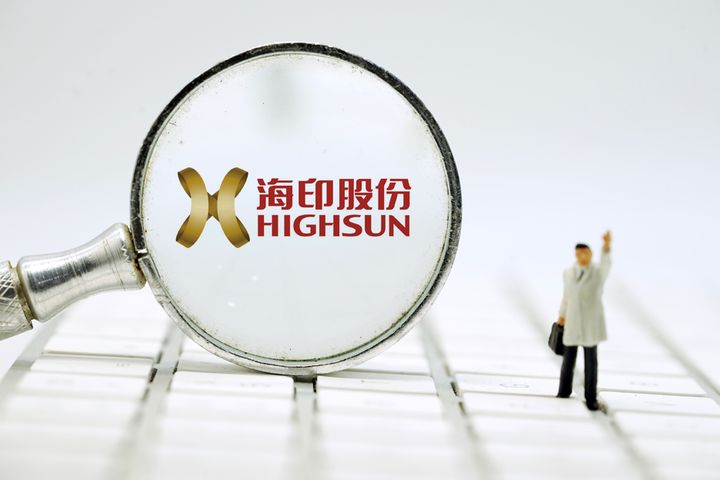 (Yicai Global) June 12 -- Property management and leasing firm Guangdong Highsun Group plans to cooperate with a team of natural medicine researchers in China's southernmost province of Hainan to invest in and develop industrial production of a medicine that prevents and treats African swine fever.

The company's shares [SHE:000861] hit the 10 percent limit up bourse rules impose immediately after today's opening on the news.

The Guangzhou-based company plans to sign the cooperative agreement with the team's company, Hainan Jinzhu Agricultural Development, which is controlled by natural person Xu Qitai, to start the construction of a Good Manufacturing Practice-compliant production base with an annual capacity of 1 billion doses of injection
.

After payment of the performance bond, the firm will have the right to receive 30 percent of shares in the project company before June 30 via payment of cash and non-public issuance of shares in a combined value of CNY900 million, per the agreement.

Highsun will also dispatch management personnel to the project company, who will have the option to acquire 10 percent of its shares after fulfilling the agreed valuation adjustment mechanisms for operating income over next three years.

Xu and the project company pledge that the medication's effective African swine fever prevention rate shall be "no less than 92 percent," and that preliminary approval for its production shall be forthcoming from government agencies by or before June 30 at the latest, with official approval to ensue by no later than the end of October, the announcement said.

The announcement made no mention of Xu's academic background, but The Paper reported he was formerly dean of the Pharmaceutical College of Henan University, who had engaged in developing health foods from areca nuts -- commonly but erroneously called betel nuts -- in Hainan after stepping down, thereafter becoming an expert in areca nut applications.

African swine fever is an acute, virulent contagious disease, with an up to 100 mortality rate in pigs, for which as yet no effective inoculant exists.

The first domestic case of it was diagnosed in Northeast China in August, and it has gradually since spread to the whole country, seriously impacting pig production and supplies in all regions of the country.