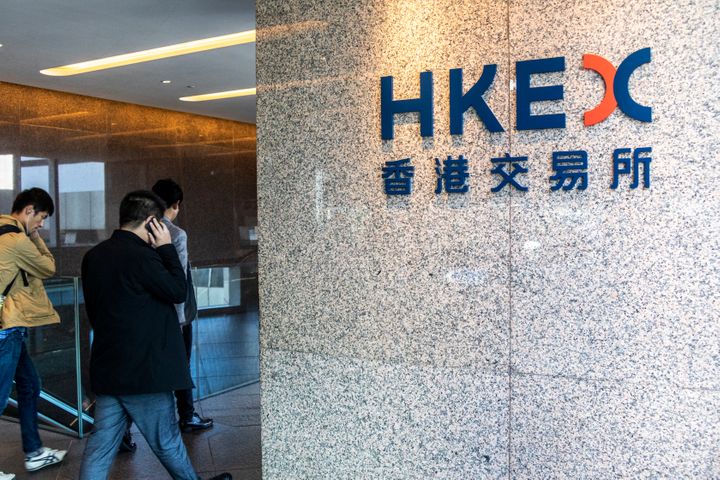 (Yicai Global) May 8 -- Cross-border trading of mainland Chinese shares from Hong Kong hit a quarterly high in the first three months of this year, according to figures released today.

The daily trading average for northbound transactions through the stock connect programs linking Hong Kong with Shenzhen and Shanghai jumped 67 percent from the previous record set in the final quarter of 2018, Hong Kong Exchanges and Clearing, which runs Asia's third-largest stock market, said in its first-quarter earnings report.

The programs linking the exchanges enable investors in Hong Kong and the Chinese mainland to buy and sell stocks listed in each other's markets within a prescribed range through local securities firms and brokerages.

Hong Kong Exchanges and Clearing's net profit rose 2 percent to HKD2.61 billion in the first quarter from a year earlier thanks to the increase in cross-border dealing. Revenue and other income from the Shanghai-Hong Kong Stock Connect and the Shenzhen-Hong Kong Stock Connect reached HKD232 million (USD29.6 million) in the first quarter, setting a new quarterly record. HKD168 million of that came from transactions and settlement-related activities.

According to Hong Kong Exchanges and Clearing, after the first successful inclusion of A-shares in MSCI indexes, the New York-based global index compiler said on Feb. 28 that it would further increase their weighting -- including those listed on Shenzhen second board -- in May, August and November this year. MSCI said that after these three phases, the proportion of A-shares in its benchmark indexes would rise to 3.3 percent from 0.72 percent.

FTSE Russell and S&P Dow Jones have also announced plans to include mainland-traded equities in their indexes for the first time this year. These positive developments are expected to further stimulate northbound transactions.