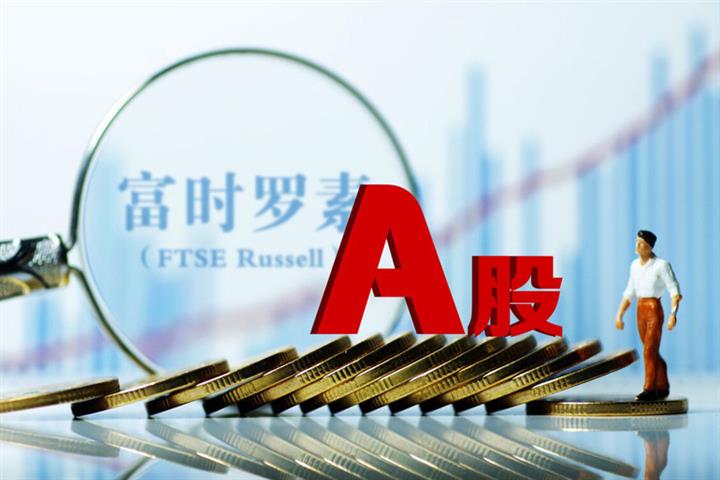 (Yicai Global) May 25 -- Leading stock index complier FTSE Russell will increase the weighting of China mainland stocks in its indexes to 25 percent next month from 17.5 percent, as foreign capital shifts toward China-traded equities and away from Chinese businesses listed overseas.

The fourth and final batch of the first stage of the inclusion of mainland equities on London-based FTSE Russell’s indexes will take place after markets close on June 19. It will bring CNY28 billion (USD3.9 billion) of incremental capital to mainland exchanges, according to China Development Bank Securities.

Only a preliminary list of the companies to be included has been provided, but big caps such as commercial lenders China Zheshang Bank and Chongqing Rural Commercial Bank are likely to get a boost. FTSE Russell, owned by the London Stock Exchange, has yet to release its plan for the second stage.

The move is part of a strong surge in foreign capital into China. Since April, the gap between so-called northbound funds (to the mainland) and southbound funds (to Hong Kong) has narrowed, indicating that global investors are gradually transferring their holdings to stocks in the onshore Chinese market.

Last week, CNY7.9 billion (USD1.1 billion) of capital flowed in and CNY7.3 billion flowed out. By contrast, from Feb. 20 to March 23, the net northbound outflow was USD15.4 billion. Experts expect the scale of northbound capital to soon exceed that headed to Hong Kong.

“This swift reversal is consistent with our view that the record USD9.7 billion monthly outflow in March was largely due to global de-risking, rather than investors being bearish on China specifically,” Liu added.

Foreign institutions can buy shares in Chinese companies listed abroad through the US, Hong Kong and other overseas exchanges, but it is likely that stocks listed on the mainland will become a more important part of their portfolios.

Morgan Stanley is more optimistic about mainland-listed shares than those Chinese firms listed in the US and maintains an overweight rating on these shares, the US investment bank said recently.

Mainland stocks are less affected by the ongoing China-US trade frictions due to the relatively small proportion of foreign capital, little redemption pressure and less exchange rate fluctuations of the Chinese yuan against the US dollar, the New York-based firm said. By contrast, American Depository Receipts are more susceptible to trade frictions and US funds are holding far more ADRs than other stocks in the MSCI China Index, it said.

About 30 US-listed stocks are eligible for secondary listings in Hong Kong. Morgan Stanley believes that the Hong Kong market has enough liquidity to take such major listings.