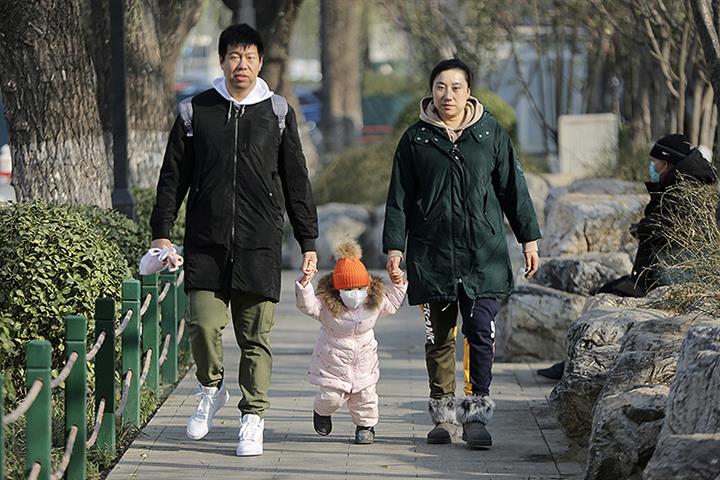 (Yicai Global) May 12 -- Chinese households have been getting smaller since the 1960s due to family planning and a faster pace of urbanization. Now the number of people per home has fallen below three for the first time.

Households have dropped to 2.62 people on average, according to data released by the National Bureau of Statistics yesterday.

The shrinkage is thought to be related to family planning, Song Jian, a professor of demography at Renmin University of China, told an academic seminar yesterday. It will pose a challenge for families in terms of parenting and elderly care, he added.

As China modernizes and urbanizes amid low fertility rates, more Chinese are able to own their own homes. The rapid growth in the number of households has not only contributed to the reduction in household size, but has also to a large extent changed the structure of households, Song added. For example, the proportion of single-person and couple households has increased significantly.

“The continued downsizing of households is mainly due to factors such as the increasing frequency of our country’s population movement and improved housing conditions that allow young people to live independently after marriage,” Ning Jizhe, director of the National Bureau of Statistics, said yesterday.

Family households are calculated as family members living in one household. So, what family changes are reflected by the decrease in average household size, especially the changes in family relationships and family functions, need to be studied further, Song said.