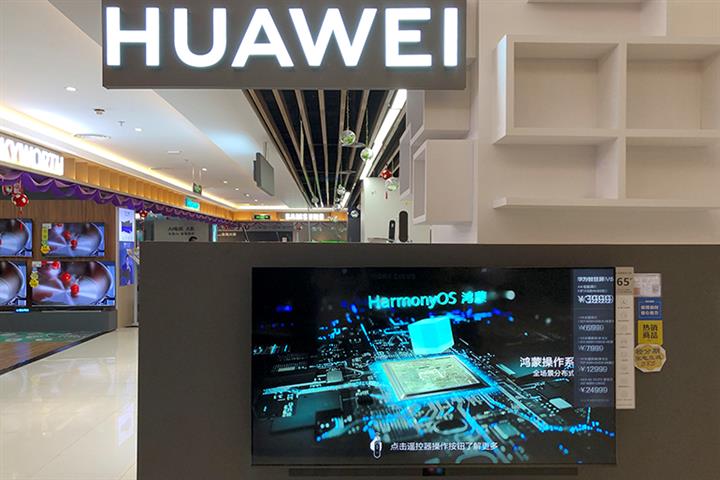 (Yicai Global) Dec. 16 -- China's Huawei Technologies has today released the second version of its own operating system to upgrade its homegrown ecosystem.

Mobile application developers need to apply to receive an invitation to use the beta version of HarmonyOS 2.0, China News Service reported today.

The release was expected. Yu Chengdong, chief executive of the Shenzhen-based firm's consumer devices business, said at the Huawei Developer Conference in September that the mobile phone version of HarmonyOS 2.0 should be ready by December.

The product was born of necessity. Huawei was included in the US Entity List in May last year, prohibiting US businesses from selling related technologies and products to the Chinese company. Google stopped cooperating with Huawei and suspended mobile services for its phones. Huawei then revealed the first version of its self-developed HarmonyOS in August last year.

The biggest advantage of HarmonyOS 2.0 is that it works on handsets, tablets, smartwatches and car-equipped machines so app developers can save time and costs, Wang Chenglu, president of the firm’s consumer business software department, told China News Service.

Huawei’s smartphones will be fully upgraded to support HarmonyOS 2.0 in 2021, Yu said at the same annual conference. The Mate 40 series will be the first one to embrace the self-developed technology, according to many Huawei executives.

More developers are noticing the emerging OS. The number of HarmonyOS developers has exceeded 100,000, and the number of hardware partners has increased to 10 from the previous five, said Yang Haisong, vice president of Huawei's consumer business software department.

This year, HarmonyOS has been applied to products of some Chinese home appliance manufacturers, including Midea Group, Joyoung, Robam Appliances and Alcidae, said Wang. More than 100 million devices from over 40 mainstream brands should be covered next year, the executive added.