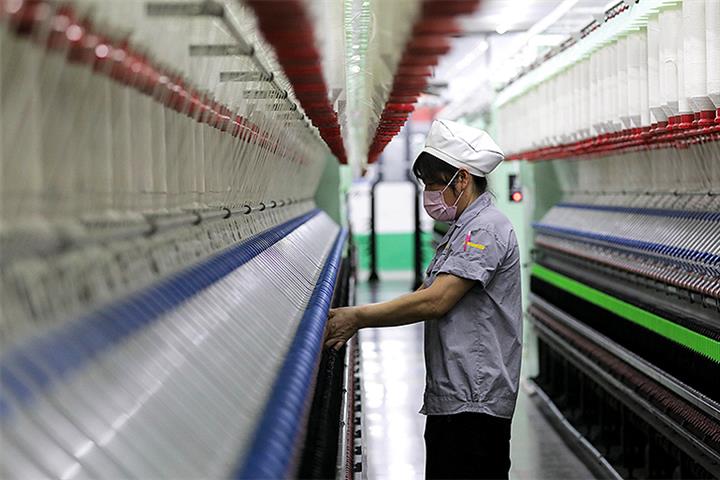 Chinese Provinces of Hunan, Hubei, and Jiangxi Get RCEP Boost to Trade

Foreign trade tallied CNY935.52 billion (USD138.7 billion) in the first half, according to official data from the three provinces. The Regional Comprehensive Economic Partnership, which entered into force on Jan. 1, brought new opportunities to these provinces, analysts said.

The three central provinces have been relatively protected from new Covid-19 outbreaks this year and this is why their production and supply chains were stable in the first half, Chen Bo, professor at Wuhan's Huazhong University of Science and Technology, said in an interview with Yicai Global. Meanwhile, overseas demand for their electric and mechanical products was robust, Chen added.

The RCEP is a free trade agreement between 15 countries including Vietnam, Cambodia, Japan, South Korea, Australia, and New Zealand. It cut tariffs for CNY1.5 billion (USD222.2 million) worth of goods of foreign trade companies in the three Chinese provinces, Yicai Global calculated based on public data.

The Association of Southeast Asian Nations, part of the RCEP, was a big contributor as Hunan's case shows. The province’s trade with ASEAN jumped 1 percent to CNY69.3 billion (USD10.3 billion) in the first six months of this year, making up more than a fifth of its total. Meanwhile, ASEAN contributed nearly 44 percent of growth, per statistics from customs in Changsha, the regional capital.

The trend could be seen in other central provinces. ASEAN was the largest trade partner of Hubei in the first half while growing faster than any other region. Bilateral trade between ASEAN and the province that has cities such as Wuhan and Shiyan reached CNY43.1 billion.

The RCEP provides companies with more export opportunities and lower import costs due to tariff reductions, said Chen Jianping, department head of Jiangxi's Nanchang customs. From January to June, the bureau issued more than 1,420 certificates of origin worth USD540 million regarding exports to countries participating in the RCEP.

Other regional customs have also been busy this year, issuing such important trade documents to prove the origins of local products. In Hunan, the customs office of Changsha gave 710 certificates of origin regarding CNY450 million worth of commodities, expected to be sent to the RCEP region. The corresponding office in the capital of Hubei issued nearly 1,920 certificates for CNY616 million of goods.

The impacts of the RCEP on the three provinces are still in the initial stages, Chen said. In the long term, the RCEP will raise central China's share in the international division of labor and position in international industrial chains. It will bring great opportunities to the area, driving leading industries to rise to the higher end of the global value chain, he added.