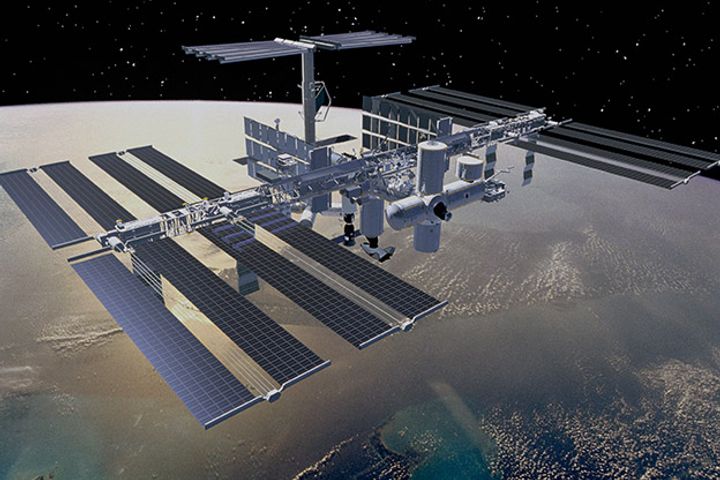 (Yicai Global) Nov. 2 -- China has more than 10 years' experience of research in space solar power station, and has greatly reduced the gap between it and leading countries worldwide, a relevant official of China Aerospace Science and Technology Corp. (CASC) said that further research and development efforts will likely enable China to become the first country to build a space solar power station with practical worldwide value.

China will commit to completing the test of space extra high voltage (EHV) power generation and transmission as well as wireless power transmission over the next 10 to 15 years, and an expert group has recommended that a megawatt (MW) pilot space solar power station be built from 2030, and a 1 gigawatt (GW) (1000 MW) commercial power station be completed by 2050, as Science and Technology Daily reported Nov. 1.

A space-based solar power plant can collect and convert solar energy on a large scale and then transmit it to the ground grid via wireless power transmission, with power generation equivalent to that of a ground-based nuclear power plant. Space power stations have the advantages though of being unaffected by natural factors such as day and night and weather changes, and can cover a wider transmission area.

The concept of a space solar power plant was first proposed in 1968, and the US government has invested hundreds of millions of dollars in several research and development projects, while Russian aerospace companies are also actively promoting cooperation with their Chinese counterparts. The space sectors of Japan, India, South Korea and Europe are also conducting relevant research.

Durig China's second Space Solar Power Station Development Technology Seminar that convened in Beijing on Oct. 28 many experts expressed their hope that China will expend greater efforts in its research and development of relevant technologies to lead the world in this field.