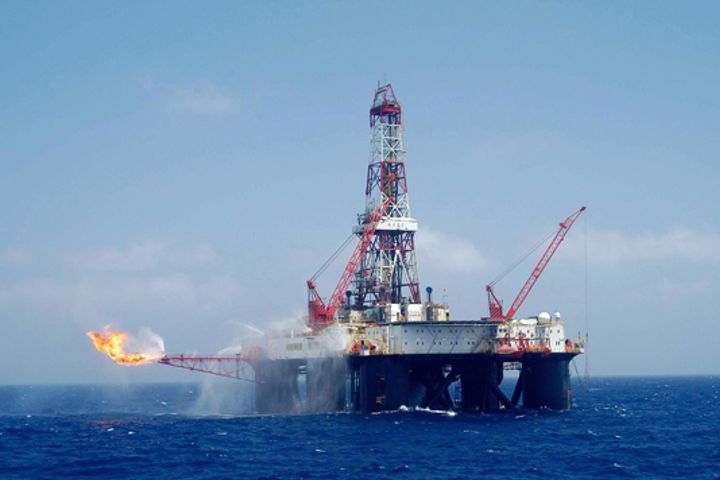 Li Jinfa, deputy director of China Geological Survey under the Ministry of Land and Resources, made the statement at an energy forum held in Beijing on Aug. 25, state-backed news outlet The Paper reported.

The fuel is seen as a new energy source which many hope can replace coal and oil.

Natural gas hydrate is also called combustible ice, flammable ice, methane clathrate and methane hydrate. It is a substance formed of natural gas and water crystallizing under high pressure and at low temperatures. It generates almost no residue from combustion. It is mainly distributed in the deep sea and continental margins, data show.

The nation is carrying out feasibility studies for natural gas hydrate drilling and exploitation vessels to build a technology platform for the commercialization of combustible ice. It is expected to start construction next year and go into production in 2020, Li said.

The Geological Survey will intensify exploration of resources and carry out detailed investigation of test areas to exactly pinpoint resources, and on this basis, scientifically organize the implementation of pilot production to form a technical system for methane clathrate development, Li added.

The Geological Survey has identified several target areas in key areas such as the northern part of the South China Sea, and initially estimates that the country has about 80 billion tons of oil-equivalent offshore combustible ice resources. It has also initially detected the distribution of gas hydrate deposits in areas like the Qinghai-Tibet Plateau, and has selected nine hydrate blocks in permafrost in the Qinghai-Tibet region, Li added.

China is one of the few countries in the world with both marine and terrestrial flammable ice reserves. "China has been in the world forefront of gas hydrate exploration and drilling thus far," Li said.

China announced the extraction in May last year of natural gas from a combustible ice deposit 203-277 meters below the seabed at a depth of 1,266 meters in the Shenhu area of the South China Sea. It had continuous and stable production for 60 days after the pilot production, with cumulative gas production of 309,000 cubic meters.

The energy density of natural gas hydrate is 10 times that of coal or carbonaceous shale, and twice that of conventional natural gas, with methane content as high as 99.5 percent. The amount of global combustible ice reserves is astronomical and estimated to be equivalent to twice the total energy of coal, oil and natural gas, Yicai Global earlier reported.