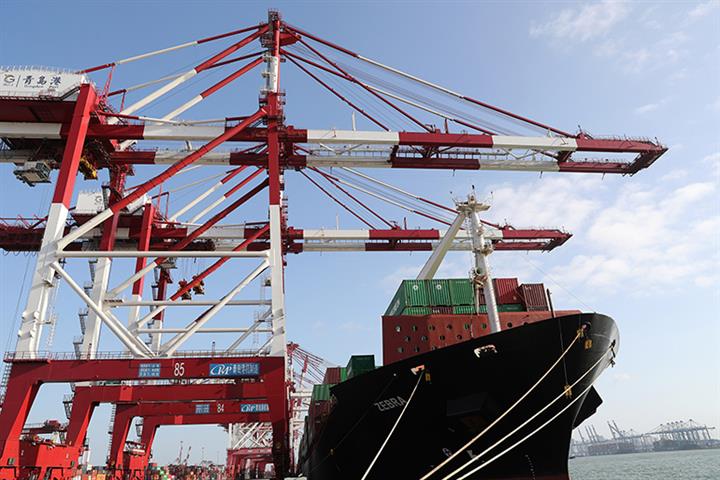 (Yicai Global) Jan. 4 -- China and Japan have established free trade relations for the first time as the Regional Comprehensive Economic Partnership, the world’s largest free trade deal signed by 15 member states in the Asia-Pacific region, came into effect on the first day of the year.

China is Japan’s largest trading partner. The value of trade between the two East Asian heavyweights soared 23.7 percent in the first half last year from the same period the previous year to USD181.3 billion despite the Covid-19 pandemic. In 2020 bilateral trade was worth USD317.5 billion.

Chinese textile exports to Japan are currently subject to duties of as much as 11 percent and China’s imports of textiles from Japan are taxed at up to 8 percent. Both sets of tariffs are set to fall to zero over the next 20 years, Yicai Global learned from the China Council for the Promotion of International Trade.

Other products that will benefit from the trade deal includes Japanese induction cookers, electric ovens, mechanical equipment and auto parts as well as Chinese electrical products, textiles as well as some fresh produce, Gao added.

After eight years of negotiations, 15 member states penned a pact to create the world’s biggest trading bloc on Nov. 15, 2020. Ten of these, namely China, Japan, New Zealand, Australia, Brunei, Cambodia, Laos, Singapore, Thailand and Vietnam, are now fully signed up members. South Korea will join from Feb. 1 and four other countries have yet to ratify the agreement. Together they account for around 30 percent of the world’s gross domestic product and population.