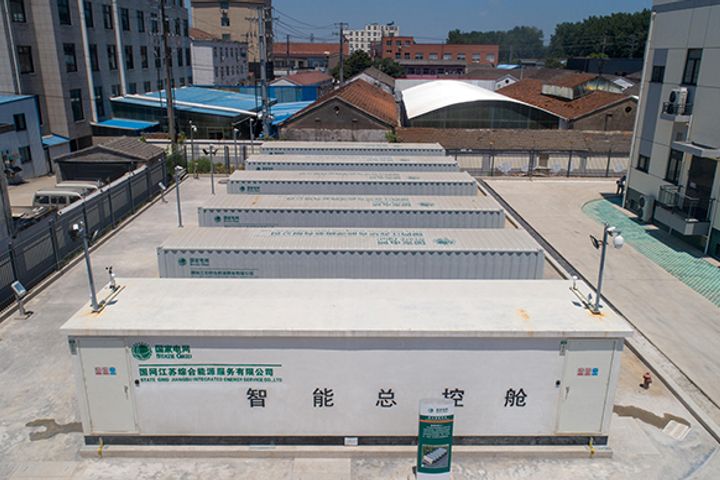 (Yicai Global) Aug. 3 -- China's largest battery storage power station was successfully connected to the grid and went into operation recently in Zhenjiang in east China's Jiangsu province, which will greatly improve the power supply capacity of the local power grid.

With 101 megawatts of power and 202-megawatt hour capacity, the station can provide a daily electricity supply of 400 MWh, which is able to feed the demands of 170,000 residents, stabilizing the grid load and obviating the need to build a new power plant, Economic Daily reported.

Built by State Grid Jiangsu Electric Power, the station will fill the supply gap during peak electricity times after local coal-fired power plants were shut down.

State Grid Jiangsu Electric Power is still providing energy storage devices for power users in Zhenjiang, and the total power is projected to be100 MW to stabilize the power supply of the local power grid.

Zhenjiang is one of the major electricity consumers in the province, with industry making up 60 percent of its total gross domestic product and expanding 15 to 20 percent annually. It also among the fastest-growing economies in the Yangtze River Delta, per its official website.