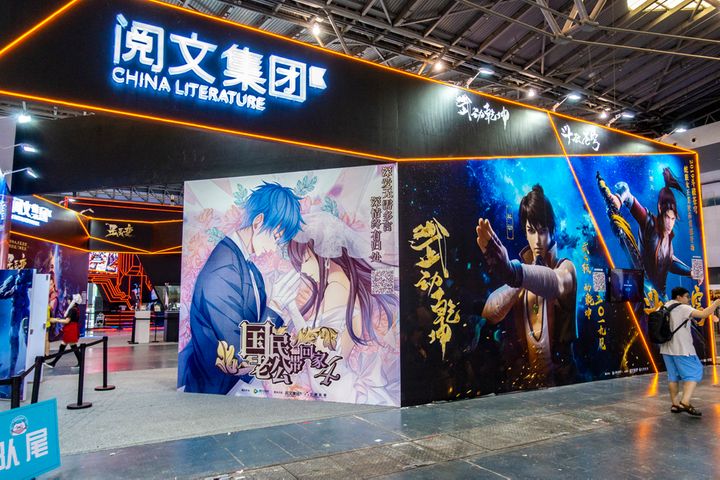 The Shanghai-based e-publisher and Singtel signed a memorandum of understanding over the weekend, the two companies said in a joint statement. The partnership allows users of Singtel apps such as mobile wallet Dash to subscribe to and read English-language content on China Literature and its overseas portal Webnovel, founder and Chief Executive Wu Wenhui said in an interview with Yicai Global.

Foreign readers have been drawn to China's online martial arts novels in recent years. WuxiaWorld, an online platform for martial arts novels set up by volunteers that brings together readers from over 100 countries and regions, secured approval from China Literature in 2016. The site's translators have completed renditions of many popular novels, including Battle Through the Heavens and Coiling Dragon.

The new partnership is another strategic positioning in the export of online literature, Wu said. It follows China Literature's investment in Korean original online literary platform Munpia and joint development of the African online reading market with handset maker Transsion.

Singtel's digital payment services such as Dash's collection charges will link with China Literature's apps so that users can make payments and browse its content, Wu added.

Nirvana in Fire, Ever Night and other works, whose copyrights are owned by China Literature, are all bestsellers in Southeast Asia. China Literature has nearly 10,000 original writers in the region, and the number of translators there accounts for more than 70 percent of the world's total, Wu said. Such cooperation will further promote the deep cultivation of literature in the Southeast Asian market, he added.

Forming partnership with foreign giants can help China Literature take root locally, facilitate its transformation from being an exporter of online literary content to a platform that brings its model to overseas countries and regions and cultivates local readers' groups as well as introduces growth models abroad, Wu said.

China Literature will further expand its overseas cooperation by adapting original works into television series and movies, in addition to content-related exports. The firm has authorized a Vietnamese production company to be in charge of the adaption of a popular novel, Wu has said previously.