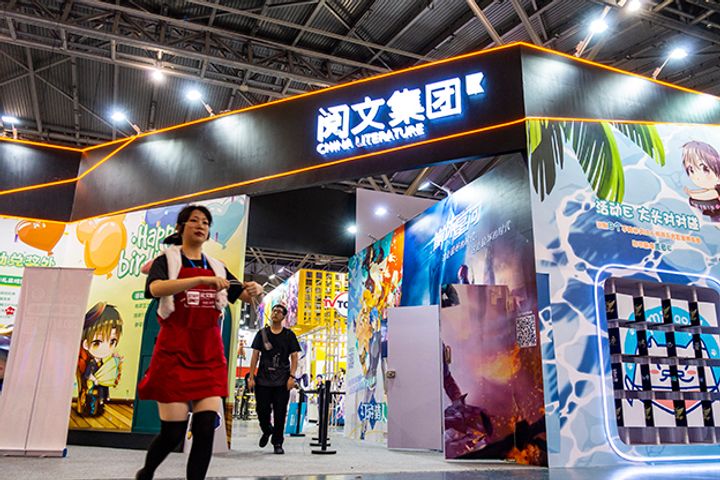 (Yicai Global) March 18 --  The stock of China Literature, a user-generated publishing platform  spun off from Tencent Holdings, has celebrated better-than-expected  earnings by advancing.

The company will further  develop its online literary ecosystem and accelerate its copyright  business, while creating popular content in different forms of  entertainment, Co-chief Executive Wu Wenhui said in the report.

The platform's monthly active users exceeded 214 million, up almost 12 percent annually. Each user paid CNY24.1 (USD3.60), up 8 percent, for  content monthly. Some 25 of the top 30 online literary works searched  on Baidu last December were from the company. It had over 11 million  works from nearly 8 million writers.

China Literature bought  New Classics Media for CNY15.5 billion last August so that the latter  would turn some of the books into TV series and movies. Last year, the  buyer authorized some 130 publications to be adapted to videos, games  and comics.

The company has translated  300 Chinese texts to English and published over 13,000 original works  from foreign writers on its English-language website called WebNovel.  The site had over 20 million visits.