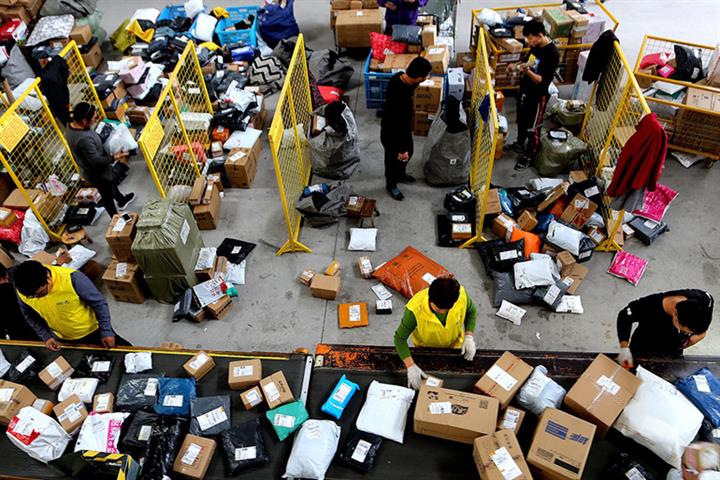 (Yicai Global) July 28 -- Revenue at China’s logistics firms fell 0.5 percent in the first half from a year earlier as businesses started getting back to work, according to new figures.

Total revenue stood at CNY123.4 trillion (USD17.6 trillion) in the six months ended June, data released today by the China Logistics Information Center showed. That was an improvement on the 2.2 percent drop logged for January to May as year-on-year contractions have narrowed for four months in a row.

Demand for agricultural shipping services rose steadily in the first half, while the decline in demand for industrial logistics narrowed significantly, and demand for deliveries related to consumption and people’s livelihoods picked up faster, the CLIC said in a press release.

First-half income from organizations and individuals jumped 10.1 percent, a gain of 2.8 percentage points on January to May. Express couriers handled 7.47 billion parcels last month, up 36.8 percent from a year earlier. Business volume was 4.68 billion units during promotional campaigns by e-commerce platforms from June 1 to June 18, a surge of 48.7 percent.