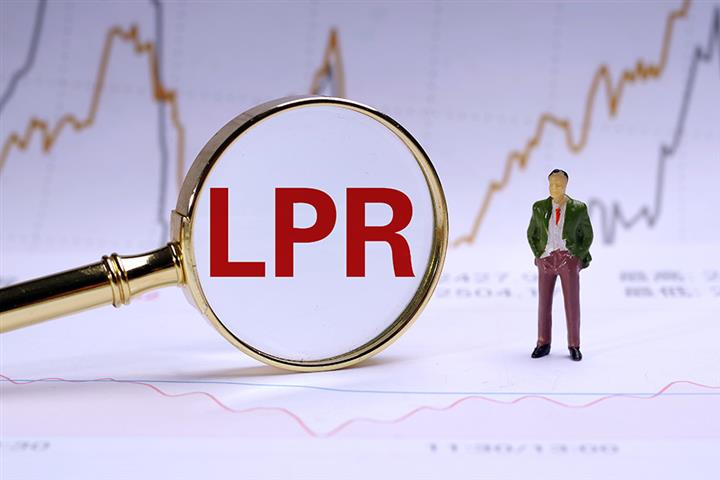 (Yicai Global) April 20 -- China cut its benchmark lending rate for the second time this year to help ease the cost of borrowing after the nation’s quarterly gross domestic product shrank for the first time since 1992 due to the coronavirus lockdown. The widely anticipated move could be repeated again this quarter, sources told Yicai Global.

The National Interbank Funding Center, an institute under the central bank, cut the one-year loan prime rate by 20 basis points to 3.85 percent and the five-year LPR, the yardstick used for home mortgages, by 10 bips to 4.65 percent at the monthly fixing today.

Market participants had expected the reductions after the central bank lowered the medium-term lending facility loans five days ago, cutting that key rate to a record low. The People’s Bank of China had also previously trimmed the seven-day reverse repurchase bid rate for open market operations.

The cut in the one-year LPR was the largest since the LPR system was reformed last August, said Wen Bin, chief researcher of Minsheng Bank, adding that it will help further reduce financing costs in the real economy.

The LPR functions as a market-based benchmark for banks to set their lending rates. The new rate is announced every month and is based on the central bank’s OMOs and especially its MLF rates. The PBOC authorizes the National Interbank Funding Center to calculate and publish the rate and all financial institutions set their loan rate based on the LPR for the month.

“The fall in borrowing costs will help stimulate corporate credit demand, meaning that the upward momentum in the growth of Chinese yuan credit balances, which began last month, will continue for some time,” Wang said.

Foot on the Brake

The different reductions in the one-year and five-year LPR rates show that China has not relaxed curbs on the real estate market, industry experts pointed out. The cut in the five-year rate reflects the continuity and stability of real estate financial policies, Wen told Yicai Global.

That means that property market controls are unlikely to be relaxed in the coming days, Wang said, though a small reduction in interest rates can indeed play a role in supporting weakened housing demand.

But because the coronavirus pandemic is still raging overseas and there is a great deal of uncertainty about its future direction, the reduction in rates is expected to continue.

China’s exports face the risk of a sharp decline soon, which can be mitigated by a timely rebound in domestic consumption and investment, Wang said. Interest rates, including for the MLF, are expected to fall steadily to stimulate domestic demand, so LPR rates may come down further in the short term, possibly this quarter.

Wang noted that the PBOC’s chances of lowering the benchmark interest rate are slim since the Consumer Price Index’s growth rate fell below 3 percent over last year. And the decline in lending rates means that China’s banking system will continue to benefit the real economy.