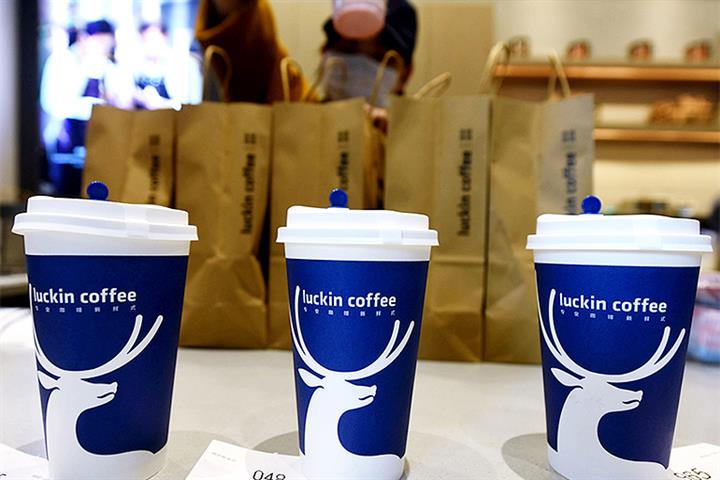 (Yicai Global) May 25 -- Luckin Coffee, which only emerged from bankruptcy proceedings last month, reported its first quarterly profit in the three months ended March 31 as the Chinese coffee chain operator marches solidly on despite the impact of the resurgence of Covid-19 in the country on business.

"We introduced 34 new freshly brewed products during the quarter which contributed materially to our results and that success continued in April when our new 'Coconut Cloud Latte' sold over 4.95 million cups in the first week after its launch," said Chairman and Chief Executive Officer Guo Jinyi.

This is despite the new waves of Covid-19. Around 700 outlets were shut in March and that number increased to 950 in April when Shanghai imposed a city-wide lockdown, the report said.

Nevertheless, Luckin Coffee continued to expand. It opened 556 new stores in the first quarter, bringing the total to 6,580. And average footfall almost doubled to 16 million people from the same period last year.

No outlook for this quarter was given in the report.

Luckin Coffee was discharged from the US Chapter 15 insolvency code last month after fully resolving its legal issues. The firm was fined USD180 million in December 2020 by US regulators for faking sales.

Luckin Coffee was brought low by a short seller's report in January 2020 that accused it of fraud. It since confessed to inflating its 2019 revenue by as much as CNY2.1 billion (USD332.8 million) and its costs and expenses by CNY1.3 billion. It was expelled from the Nasdaq in June that year, ending a 400-day listing.