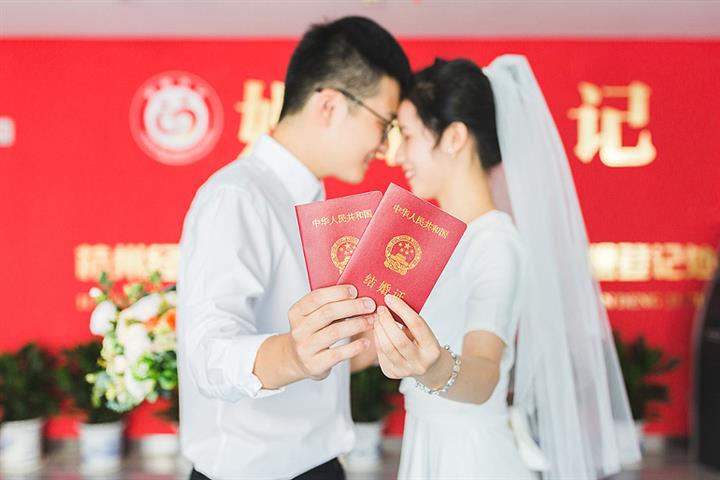 Marriage Registrations Fall to Lowest in China Since 1986

(Yicai Global) March 21 -- The number of marriages registered in China last year hit the lowest level since 1986, the year the country began recording the figures.

A total of 7.6 million couples registered to get married in 2021, compared with the peak of 14.5 million in 2013, according to data the Ministry of Civil Affairs posted on its website on March 18.

Fewer marriage registrations will inevitably have a substantial impact on the birthrate, as the number of fertile women that are also married has irreversibly declined, Dong Yuzheng, professor and director at Guangdong Academy of Population Development, told Yicai Global.

One of the main reasons behind the decline in marriage registrations was the much higher age at which couples first tied the knot. The average age at first marriage for Chinese women rose by 2.7 years to 26.3 from 23.6 in 2006, according to a report from the China Population and Development Research Center.

Couples are getting wed later for a number of reasons, Dong said. One is the popularity of higher education, which has lengthened the age at which young people become economically independent. Expensive living costs and greater work pressure from urbanization are another, Dong said.

Moreover, parents and relatives have less influence on young people’s marriage choices, he said, noting that many have high expectations for a perfect marriage and spouse, so they prefer to remain single rather than lower their standards.