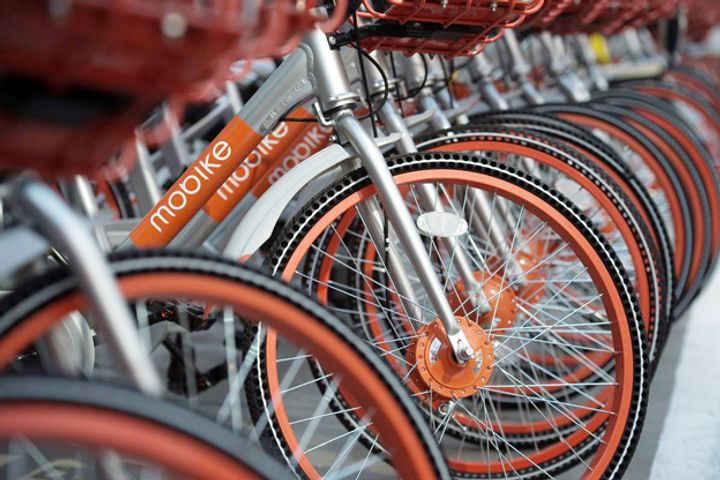 (Yicai Global) May 28 -- Mobike Technology, one of China's big two bicycle sharers, has kicked off operations at its first Indian city Pune, while eyeing to beat Chinese and local rivals off their saddles with plans of operations in 10-12 Indian cities over the next 18 months.

Pune has young and energetic users, beautiful environment and bicycle paths that are suitable for riding, said Mobike's spokesperson in a statement reported by state-backed Xinhua News Agency. It is the most ideal city for Mobike to enter the Indian market, and the rollout in Pune is just the start of this journey, added the spokesperson, without disclosing the size of the investment nor the planned fleet.

The firm has two rivals in India's nascent bike-sharing scene. First, Ofo -- a familiar rival from the home turf -- already has 2,000 bikes installed on the streets of Pune as China's other large bike renter landed in seven Indian cities earlier this year. Secondly, India's largest vehicle-hailing platform Ola extended its fleet from cars to bicycles with the launch of rental bikes in a number of university campuses in December.

Mobike will look to grow to 10-12 cities in India over the next 18 months, said Sujith Nair, Mobike India's chief business officer to TechCrunch, but added that the firm "aspires" to grow even more rapidly due to India's potential with its highly populous cities.

So far the bike firm offers services in 16 countries and over 200 cities, and it was acquired by Meituan Dianping, China's largest provider of on-demand online services, for USD2.7 billion last month.

One of the reasons that exactly Pune came to be Mobike's first touchpoint in India was 'Pune Cycle Plan,' the local government's transport initiative from 2016, under which the city promotes environmentally-friendly public transport solutions to reduce traffic congestion.

Mobike has already agreed with another city, Bhubaneswar, to deploy 2,000 rental bicycles before the Hockey World Cup, scheduled to be held in the eastern Indian city from 28 November to 16 December this year.