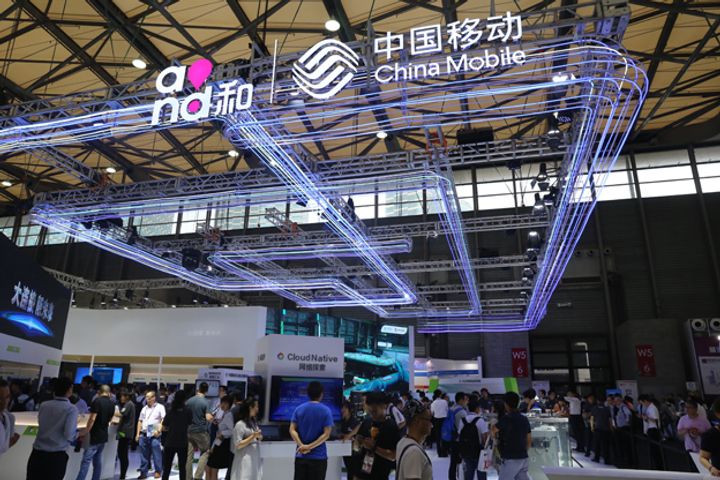 (Yicai Global) Aug. 10 -- China Mobile Ltd. [HK:0941], one of the Chinese big three telecoms companies, reported strong performance for the first half, with net profit rising 3.5 percent annually to USD9.4 billion (CNY62.7 billion). The firm will pay out a dividend of USD0.61 (HKD4.82) per share. Its stock price was up by more than 5 percent during trading today on the news.

The mobile carrier's revenue was CNY388.9 billion in the first six months of this year, up 5 percent from a year ago, per financial data released by the group today. In addition to an interim dividend of HKD1.62 per share, the firm will hand out a special dividend of HKD3.2 per share to celebrate the 20th anniversary of its listing.

Mobile data traffic used by its 4G subscribers reached 1.4 gigabytes per user per month in the first half, an increase of 107.5 percent from a year ago.