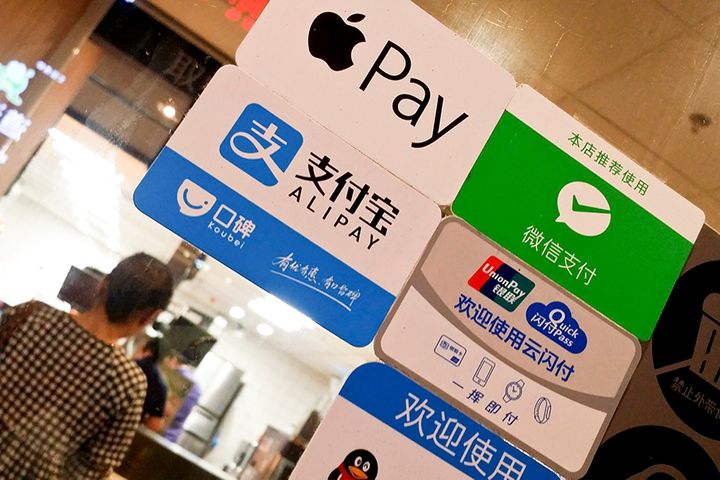 (Yicai Global) July 24 -- Despite their massive prevalence in China and overseas expansion efforts, mobile payment providers like WeChat Pay and Alipay have struggled to popularize themselves abroad.

In June, the number of single-day deals in Japan was 40 times more than in January, Science and Technology Daily reported. Along with a constant increase in per-customer transactions, the number of Japanese merchants supporting WeChat Pay has increased more than six-fold over the first half to cover a range of sectors, including clothing, dining, travel and entertainment.

However, it is actually Chinese visitors using the platforms more often than Japanese locals, who are more accustomed to cash-based transactions. In 2016, the value of China's mobile payment market reached USD2.9 trillion, 20 times more than four years earlier. As the growth in China slows, the providers have laid foundations overseas with Chinese tourists in mind.

Chinese mobile payment providers still face a lot of challenges overseas, said Qu Qiang, assistant to the president of the International Monetary Institute of Renmin University. User acceptance and trust is one of these problems, along with people's preferences for different apps. The entry of Chinese platforms may also lead to clashes with local firms.

Alipay and WeChat's most active areas for overseas payments are Southeast Asia, Japan and South Korea. "These countries have a large number of Chinese tourists. To attract them, businesses are keen to accept WeChat and Alipay," Qu said.

Technical issues are also a hurdle, said Zhou Xu, director of Beijing Guanling Law Firm. As mobile internet infrastructures differ in foreign countries, cross-border payments may involve the use of other channels. "This has made strict demands on the renewal and development of payment systems," he added.

Zhou believes buying out or teaming up with local payment companies isn't a long-term strategy. "The first issue is compliance, which is generally resolved through partnering with qualified agencies. Second, fraud risk prevention and control; as many domestic means of prevention and control are invalid outside the country, new solutions need to be explored. The third problem is profit. Compared with domestic payments, cross-border transactions are less often and involve extra expenses, like agency service fees. The final issue is figuring out how to infiltrate local mainstream consumption and local users."