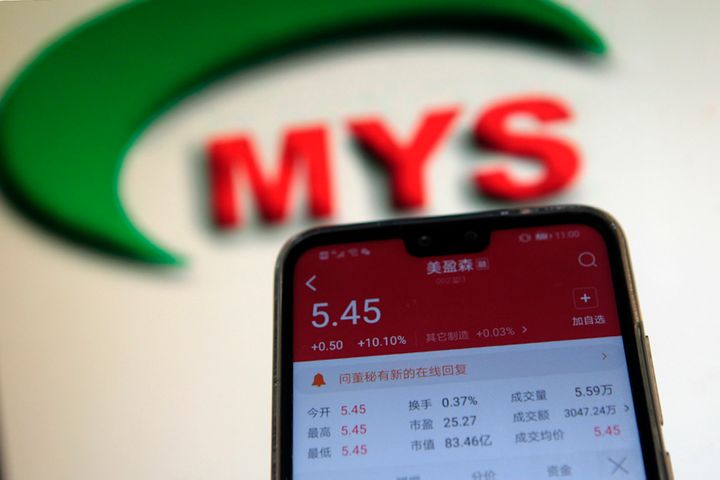 (Yicai Global) Oct. 25 -- Mys Group has successfully devised two methods of producing artificial meat from hemp seeds, the company announced yesterday, and will host an expert tasting meeting early next month to put the resulting products to the proof-of-the-pudding test.

The Shenzhen-based packaging material producer's shares [SHE:002303] rose to CNY5.45 (USD0.77) -- the daily 10 percent limit up to stop trading under bourse rules -- at opening today on the news.

The company earlier convened a sampling meeting on Nov. 5 to showcase its new lineup of 'plantmeat' products that includes vegetable protein hamburgers and chicken fingers.

Hemp seeds form the main ingredient of these new faux-flesh products, which are the fruits of a collaborative undertaking with Jiangnan University under a technical cooperation agreement the two signed in May, per the announcement.

To commercialize these sham meat products, for which a food business license is currently in the works, the company will in future either engage in their self-manufacturing or entrust this to a third party as appropriate in the event, the announcement added.

MYS Group and its collaborative partners invested CNY500 million (USD71 million) to sow about 500,000 mu (33333.33 hectares) with hemp in China's southwestern Yunnan province and subsequently extract active ingredients and derivative products from this crop it and process these. The firm later announced its agreement with Wuxi, Jiangsu province-based Jiangnan University to provide technical assistance and support for small, pilot and large-scale production.

Hemp was the darling of China's stock markets in the first half, but artificial meat has become the apple in investors' eyes of late, and shares of companies even evincing an intention to enter these sectors have all gone straight through the roof.