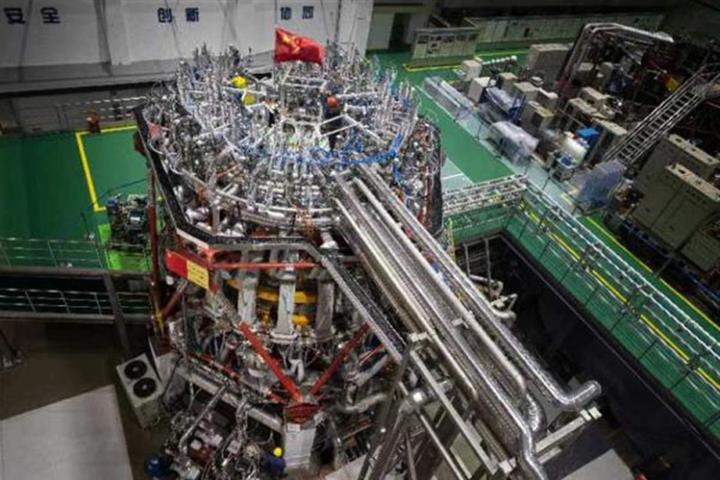 The HL-2M tokamak fusion reactor can generate more than 1 megaampere of plasma current, the report said yesterday, citing an announcement made by Beijing-based CNNC on Oct. 19.

Nuclear fusion releases energy by combining two light atomic nuclei to form a single heavier one. It is the same reaction that powers the sun and is seen as the answer to the world’s clean and safe energy needs.

The HL-2M tokamak fusion reactor was finished and produced its first plasma discharge in December 2020. The device can reach temperatures of over 150 million degrees Celsius, according to Duan Xuru, chief fusion technology expert at CNNC.

Invented by Russian physicists in the 1950s, a tokamak is a device in the shape of a torus that uses a powerful magnetic field to confine plasma via controlled nuclear fusion with plasma current intensity the core parameter. To achieve nuclear fusion, a tokamak must generate at least 1 million amps of plasma current. In the future, tokamak should be able to run at 1 MA.

The latest breakthrough means HL-2M can operate routinely at more than 1 MA in the future, which is of great significance for China’s participation in the International Thermonuclear Experimental Reactor project and its independent design and operation of fusion reactors.

China's work on fusion technologies is world class, as the country began researching and developing it in the 1950s, almost as early as other countries. It joined ITER in 2006 to manufacture key device parts for the international fusion research and engineering mega-project.