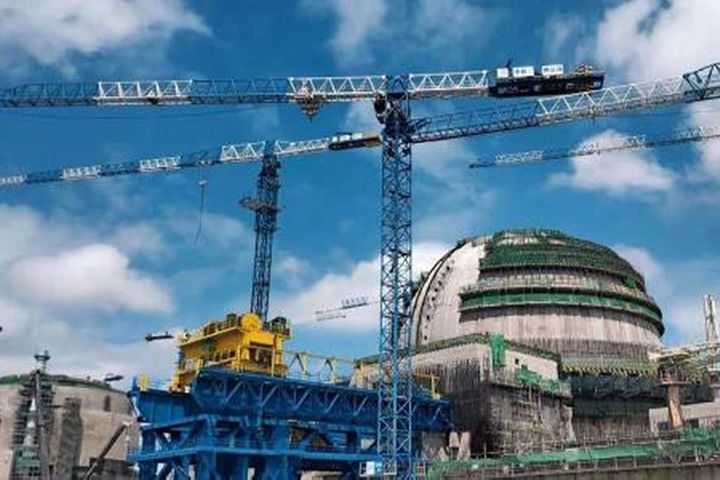 (Yicai Global) March 2 -- China National Nuclear Corporation said it has basically finished heat testing of the world's first third-generation reactor, paving the way for power generation to start once machinery is installed and the generator is connected to the grid.

The tests were carried out on unit five, a Hualong-1 reactor type, at Fuqing nuclear power plant, the Beijing-based company said in a statement. Located in Fuqing city in China's southeastern Fujian province, the unit's construction began in 2015 and it is scheduled to be linked to the grid and begin generating electricity this year.

Five Hualong-1 pressurized water reactors are being built in China and abroad under high safety and quality controls, CNNC noted.

A heat test is a simulation an atomic energy plant must undergo before operations begin. It simulates a plant's normal operations, except that no nuclear fuel is involved. Temperatures during the test rise close to 300 degrees Celsius.

The phase simulates thermal conditions as much as possible to check the reliability of the nuclear island, conventional island equipment and systems during the heat operation to check that parameters meet design requirements, according to CNNC.

The test fully verified the functionality of the main system, auxiliary system and special system of the power plant under hot conditions, and the performance met the design requirements, it added.