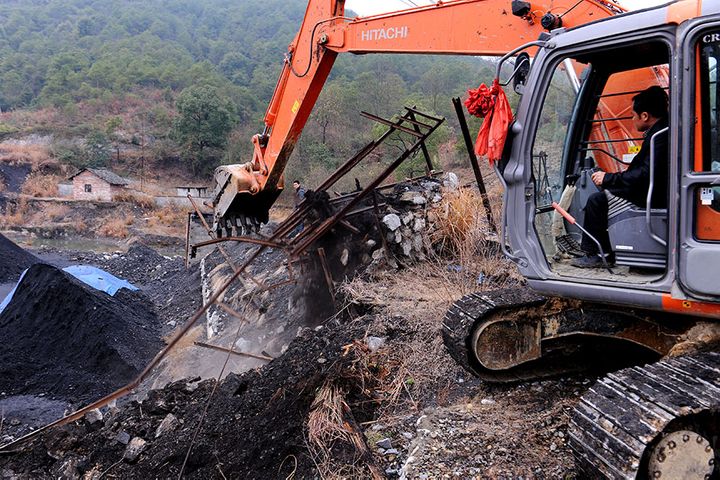 (Yicai Global) Aug. 28 -- China's top economic planning agency has called on all regions of the country to speed up the closure of small mines as the government aims to cut coal pits numbers to fewer than 800 by the end of 2021 in a bid to improve the environment and raise industry standards.

Small mines are those with annual production of less than 300,000 tons, the National Development and Reform Commission said in a document released today. Except for those in the south of the Xinjiang Uygur Autonomous Region, all others in the north and northwest of China must shut before the start of 2022, it said.

Similar pits in the major coal-producing provinces of Shanxi and Shaanxi and the autonomous regions of Inner Mongolia and Ningxia Hui, must close this year, while the count in other regions needs to halve from what it was at end of last year, the NDRC said.

China has many small coal mines and the government has been aggressively closing them in recent years to boost efficiency, curb accidents and improve environmental protection.

To achieve the targeted reduction, the NDRC said it would use central government funds to ease the voluntary closure of uncompetitive, ecologically damaging and resource-poor mines. Small operations with better reserves and safety conditions will be supported to increase their annual output and mine using machines.

Local governments are not allowed to approve or review the construction of new coal mines with an annual capacity of less than 300,000 tons in any form, the NDRC said, adding that newly approved mines in Shanxi, Shaanxi, Inner Mongolia and Ningxia need to produce at least 600,000 tons a year.