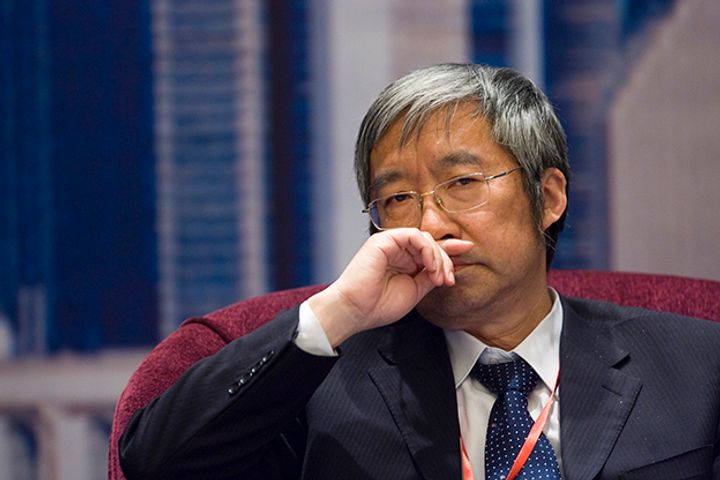 (Yicai Global) Jan. 2 -- China's most pressing issue is to check the further decline of economic growth by adopting expansionary fiscal and moderately loose monetary policies this year, a famous Chinese economist said in an exclusive interview with Yicai Global.

China can gain better economic growth this year by adjusting its macroeconomic policy, Yu Yongding, member of the Chinese Academy of Social Sciences and a former member of the Monetary Policy Committee of the People's Bank of China, told Yicai Global, adding he expects over 6 percent economic growth for the entire year.

The country must maintain relatively high growth and raise its inflation rate, Yu said. "It must be recognized that the continued decline in economic growth may be the biggest risk China faces. All problems will worsen without a certain economic growth, and structural adjustments, economic system reform and other long-term problems will be even more difficult to tackle."

It is certainly correct to call attention to the quality of economic growth rather than speed, Yu said, adding that such reforms and adjustments are difficult to complete in the short term, with no intermediate effect in curbing economic growth decline likely this year. A reliable approach is to increase fiscal spending on infrastructure. The government should also not stick to its 3 percent target deficit.

The central government's public debt made up 36.2 percent of gross domestic product at the end of 2017, but this may be even higher factoring in contingent liabilities. China's public finances are still very healthy, however, compared to those of most countries and not all local government debts are bad ones and so the government still has a certain leeway to adopt expansionary policies.

The nation also must keep to a reasonable inflation rate while "its current inflation rate is only about 2 percent." Yu cited as an example that Japan's debt level is about two and a half times its gross domestic product, but it is unconcerned about a sovereign debt crisis with a zero interest rate and negative yields on 10-year government bonds, nonetheless.

China need thus not worry about financial sustainability if its inflation reaches 3 percent and the real interest rate of 10-year government bonds stays at zero.

PBOC must also adopt an expansionary monetary policy and increase the money supply to meet the real economy's liquidity needs and cooperate with the Ministry of Finance in issuing larger-scale national debts, Yu believes.

Concerns abound that loose monetary policy may help generate bubbles in real estate. Yu, who deems housing price fluctuations to be cyclical, thinks the period of housing price changes is not synchronized with the cycles of growth rate and inflation. Thus, reining in home costs should be achieved via other policies and depend on local conditions.

Asked if an expansionary monetary policy will worsen the pressure of yuan depreciation, Yu responded that China used to spend too much time debating whether it must adopt a floating exchange rate system, and monetary policy has long obsessed with pursuit of exchange rate stability. In fact, "a moderate depreciation of yuan can boost inflation and ease export pressure," he stated.

Now that the US Federal Reserve has abandoned quantitative easing and is raising interest rates and reducing its balance sheet, the yuan is facing rising depreciation pressure against the dollar unless the US economy hits a rough patch, Yu said.

Yuan depreciation will not run amok and trigger large-scale short-selling pressure, however, since China is still implementing capital management and Chinese companies have learned how to protect themselves from exchange rate fluctuations, Yu believes.