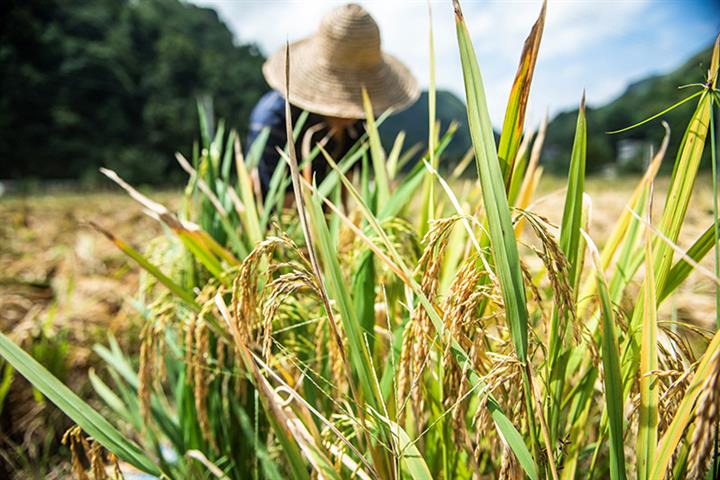 (Yicai Global) Feb. 22 -- Local seed varieties account for 95 percent of the grain grown in China, yields are falling and more emphasis needs to be put on developing the country’s seed industry, a senior minister said today.

While current crops are ensuring the country’s grain supply, to guarantee food security, it is essential to vigorously develop the seed industry and scientific research into seeds, said Zhang Taolin, vice minister of the Ministry of Agriculture and Rural Affairs of China

Current yields of soybeans and corn are not high, only 60 percent of those in the US, Zhang said. China continues to rely on imports of the grains and last year its purchases of overseas soybeans and corn both hit record highs.

The country, which used to be an exporter of soybeans before 1995, imported 100,328,200 tons in 2020, passing the 100-million-ton mark for the first time, according to the General Administration of Customs.

Seeds were mentioned for this first time in a central government document issued yesterday. The protection of germplasm resources, research on breeding and market management of the seed industry are all now national priorities, Zhang said.

One of the key tasks for the 2021 national economic agenda set at the annual Central Economic Work Conference in December is to solve the dual problems of seeds and arable land. This includes the development of seed technology research and crossbreeding.

Local species of livestock and poultry, including pigs, cattle, sheep and some fish, have also reached levels of 75 percent and 85 percent respectively, according to the MOA.

The breeding efficiency of pigs, the feed conversion rate and the annual milk production of dairy cows are only about 80 percent of international levels, especially white feather broilers, whose early breeders relied on imports, it added.