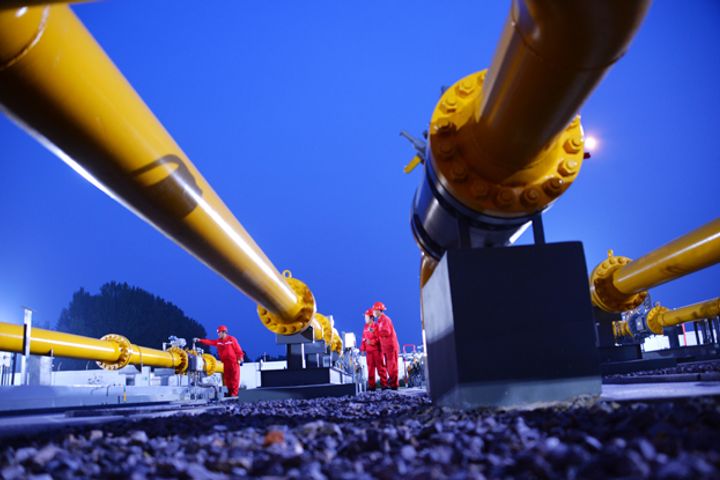 (Yicai Global) Nov. 23 -- China could need to import as much as 170 billion more cubic meters of liquefied natural gas by 2030 as its existing sources will fail to meet increasing demand.

China will need between 500 billion and 600 billion cubic meters of LNG per year by 2030, overseas investment platform Gelonghui reported, citing Zou Caineng, vice president of the Research Institute of Petroleum Exploration and Development, as saying at the Shanghai Energy Innovation Forum Yesterday.

The country has the capacity to produce 200 billion cubic meters and terminals under construction will be able to add a further 75 billion while running at 80 percent capacity, he added. Pipeline imports from Central Asia, Myanmar and Russia will add on a further 158 billion, leaving what Zou believes will be a deficit of between 120 billion and 170 billion cubic meters.

Growth in China's own capacity for natural gas is limited, so imported LNG is important to supplies. Domestic sales over the first eight months tallied 110.5 billion cubic meters, according to public data, with imports gaining 32 percent annually to make up 48 billion.

The fuel was in high demand in northern and eastern China late last year and through this spring, leading to a shortage of about five billion cubic meters, and concerns are rife that the same problem could re-occur in 2018.

This year's heating season has already begun in the chilly north -- where demand for natural gas is already high in off-peak times, an attendee at the forum said. China National Petroleum, which produces 70 percent of China's LNG, and another major producer China Petroleum and Chemical have already taken measures to guarantee gas supplies, he added.