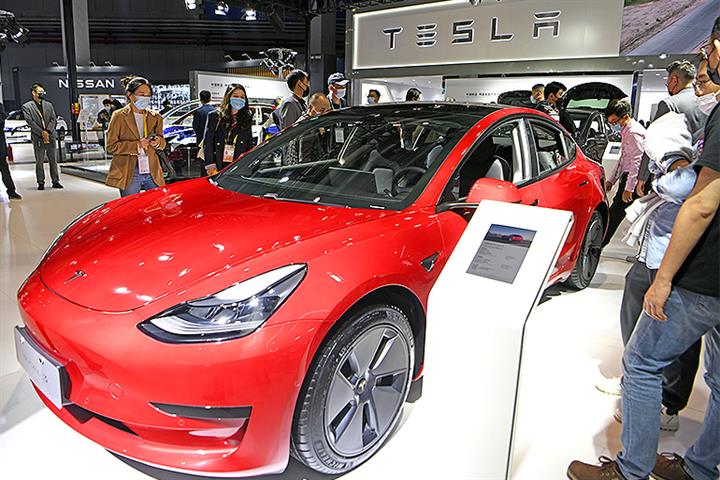 Retail sales of NEVs jumped 141 percent to 321,000 units in October from a year earlier, accelerating the shift toward greener mobility, the CPSA said in a report published yesterday. Total auto sales slumped 13.9 percent to 1.7 million.

Passenger car sales are expected to rise about 5 percent next year, the CPCA said, noting that more effective measures are still needed to encourage car buying as consumers will face global inflation and higher living costs.

The market penetration rate of NEVs soared to 18.8 percent last month and 13 percent for the first 10 months of the year, up from 5.8 percent for the whole of last year. They accounted for 36 percent of domestic brand models, 12 percent of luxury cars, and 3.4 percent of mainstream joint venture brands.

Passenger vehicle exports surged 141 percent year on year in October to 188,000. Thirty percent of the total were NEVs, of which 40,666 were manufactured by Tesla and 6,659 by SAIC Motor.

Due to the overall drop in sales, profits at automakers sank 48 percent to CNY92.3 billion (USD14.4 billion) in the third quarter from a year ago. Revenue fell 14 percent to CNY1.88 trillion (USD294 billion). The profit margin was 4.9 percent, a historic low, down from 8.1 percent a year earlier.