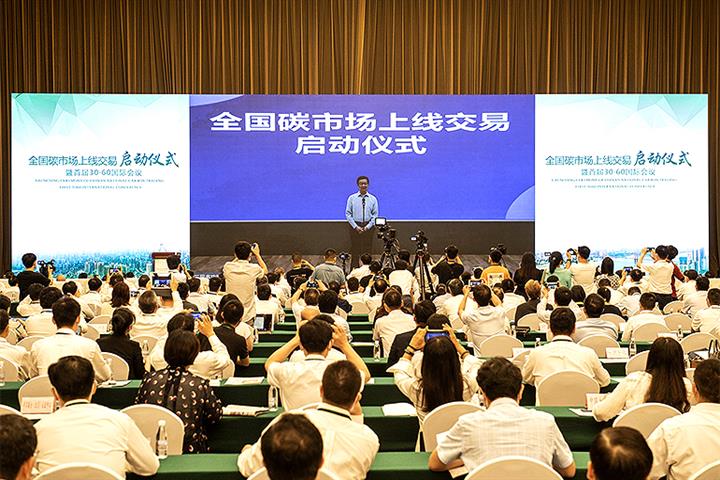 (Yicai Global) July 16 -- Some CNY210 million (USD32.5 million) was exchanged on the country’s carbon market’s first day of trading at the Shanghai Environment and Energy Exchange today, marking an important step for the country to reach its goal of carbon neutrality by 2060.

The power grid will be the most important price determiner in the carbon market, able to drive the low emission transformation of all areas of the economy and society, said Yang Dongwei, chairman of State Grid Yingda Group, a major stakeholder in the Shanghai Environment and Energy Exchange.

China will gradually include the petrochemical, chemical, building materials, iron and steel, non-ferrous metals, papermaking and aviation into its carbon market, the Securities Times reported earlier, citing the Cailian Press. For now it encompasses the power sector and about 2,000 generation plants.

China has been running pilot carbon trading schemes in seven regions since 2011, including Beijing and Shanghai. Their cumulative turnover was 480 million tons as of last month, with a turnover of CNY11.4 billion.