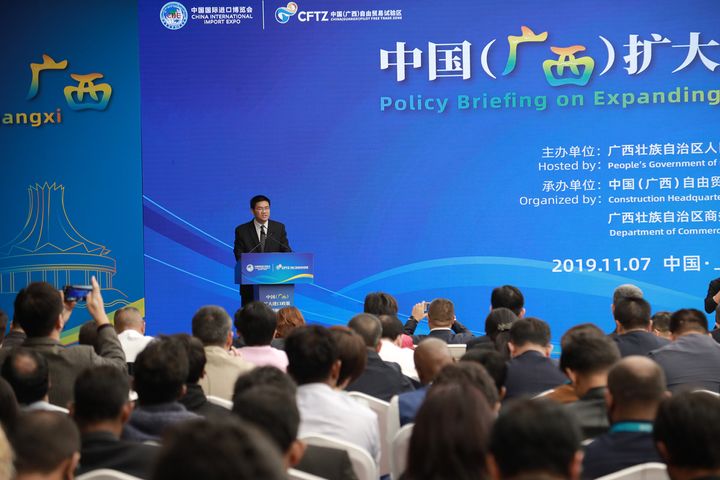 The Guangxi FTZ will seek to support the development of emerging industries, reduce costs, and bring in domestic and overseas talent, the FTZ's management said in a briefing at the CIIE. Over 200 people from French, Italian, Russian, and Malaysian firms attended the briefing.

Last August, China added areas totalling about 112 square kilometers in Nanning, Qinzhou, and Chongzuo to its FTZ arsenal to enhance trade, particularly with the adjacent Association of Southeast Asian Nations.

The Chinese special economic zone sent over 1,300 companies involved in the fields of manufacturing, agriculture, information technology, and healthcare to participate in the expo held in Shanghai. It also had more than 1,800 local buyers join.