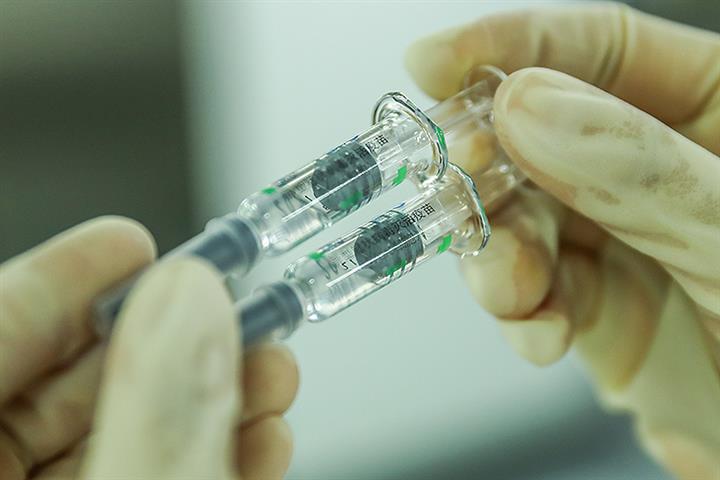 (Yicai Global) May 31 -- China is working on a new generation of vaccines to tackle emerging coronavirus variants, according to a researcher at the Chinese Center for Disease Control and Prevention.

The entry of new variants into China from overseas has triggered public concern. Southern Guangdong province had 47 cases between May 21 and yesterday. The B.1.617 variant was the cause in Guangzhou, while B.1.1.7 was the culprit in Shenzhen, local health authorities said yesterday.

China has been using three types of Covid-19 vaccines. Just one shot of an adenovirus vector vaccine is needed to achieve immunity, while inactivated jabs needs two doses. Three shots of recombinant protein vaccine have the same effect.

There is no need to change the entire supply process of inactivated vaccines, Shao said. Just altering the early-spread coronavirus strain with the threatening mutant strains at the material-feeding stage can produce shots for variants, he said.

The efficacy of China’s current coronavirus vaccines will drop by about 10 to 20 percentage points with the variants, but will still offer protection of more than 50 percent, Shao said, adding that the most important thing is to urge people to get inoculated as soon as possible.

According to data Shao cited, China’s daily vaccinations have stayed above 5 million doses for a long time. As that recently rose to over 10 million, boosting supplies to more than 20 million a day will not be a problem. The country can reach herd immunity at the current pace, he said.

China had provided more than 600 million doses as of May 28, an increase of 100 million in just five days, according to figures from the National Health Commission. Prior to that, it took seven days to raise the rate to 500 million from 400 million.