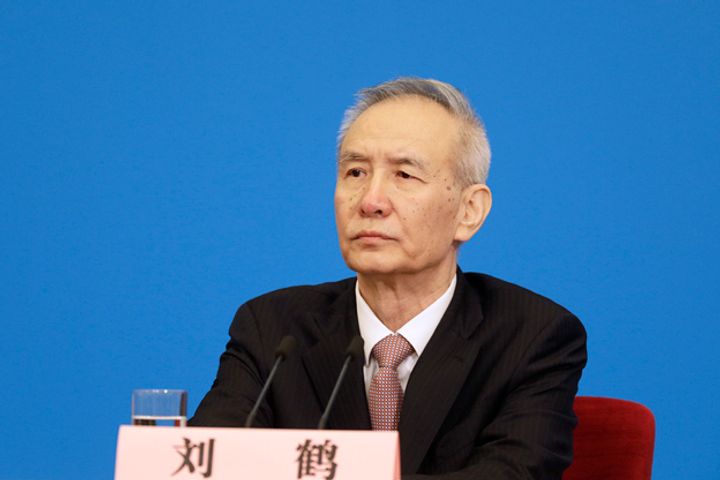 (Yicai Global) July 4 -- China's fresh elite committee of top financial regulators, led by Vice-Premier Liu He, has met for the first time on its projected path to unify the government bodies' views on monetary policy and to mitigate financial risks.

The Financial Stability and Development Committee, directly under the State Council, gathered on Monday, the government's website reported. The meeting, which published most of the influential group's names for the first time, involved reviewing a three-year action plan to prevent underlying and emerging fiscal risks.

The new group of policymakers was set up last year. It can question financial regulators and local governments' actions and call up a meeting anytime when necessary.

In comparison to regulators' previous coordination channels, the Financial Stability and Development Committee is stronger and has more diverse participants, said Ma Jun, member of the monetary policy committee of the PBOC. "This can help prevent situations where different regulators' separate measures and overlapping supervision lead to over-tightening of liquidity and market panic."

Judging by the current situation, there clearly are a series of hidden risks in the financial sector, such as intense fluctuations in the stock and forex markets, credit default in the bond market, Lian said, adding that all of these hazards indicate that the central bank should not give up on keeping a close eye on them.

China is completely equipped with the favorable conditions to win the battle against major financial risks and counter external risks, the committee released in a statement after the meeting.