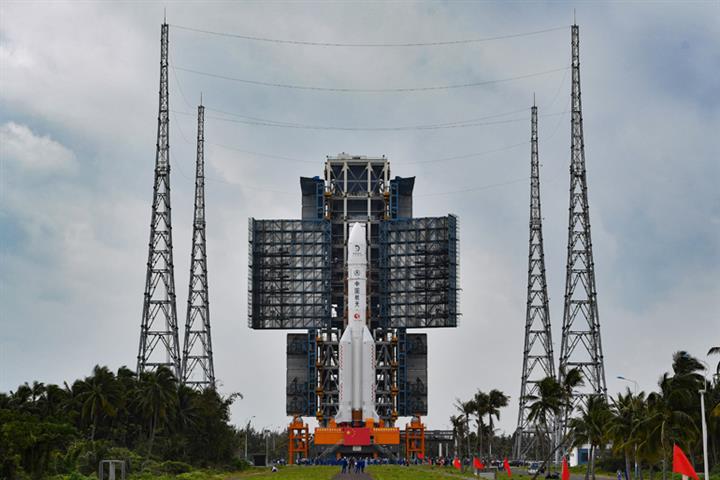 (Yicai Global) April 7 -- The Chinese port city of Ningbo, best known as the home of the world’s busiest port in terms of cargo tonnage, is to build a CNY20 billion (USD3.1 billion) rocket launch site to meet surging demand for putting satellites into orbit.

Covering 67 square kilometers, around half of this will be launch pad and the other half for use by supporting industries, according to the Zhejiang Province 2021 to 2025 Key Construction Projects Planning Document. No timetable for the construction was given.

There will be an assembly base, a satellite and rocket docking site, a command-and-control center, a research and development center, a manufacturing plant as well as a satellite data industrial base, the report said.

China urgently needs more satellite launch sites, Dou Xiaoyu, vice chair of the China Aerospace Construction Group, said last month. It is estimated that over 1,000 satellites will need to be put into orbit in the next five to 10 years, he added.

At the moment, China has four launch sites, three of which are in inland areas in the country’s northwest and southwest and one coastal pad in southern Hainan province. Another coastal launch center is being built in Haiyang, northeastern Shandong province.