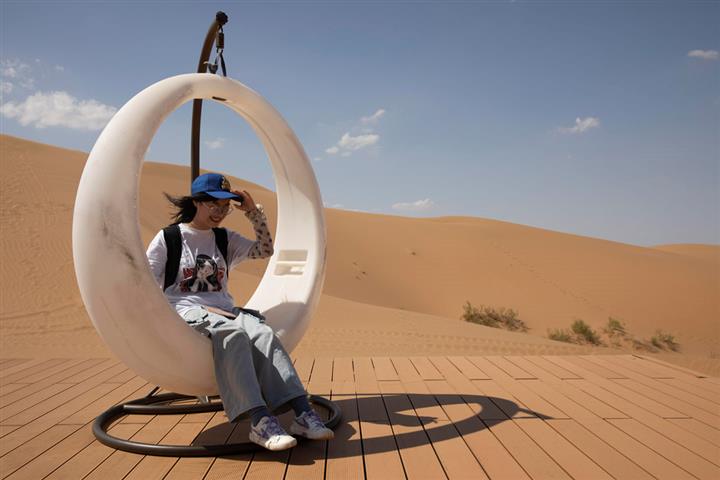 (Yicai Global) Aug. 14 -- Northwestern China's Ningxia Hui Autonomous Region, which is surrounded by deserts, has added Star Hotel, which looks like an isolated star in a sky of sand, to its array of hospitality venues.

The structure of the hotel's Starry Sky Theater, a supporting facility, was finished yesterday. More than 80 wooden cabins have already been opened while the total should be 200 by October when the National Day holiday starts.

The Starry Sky Theater sits by an oasis. 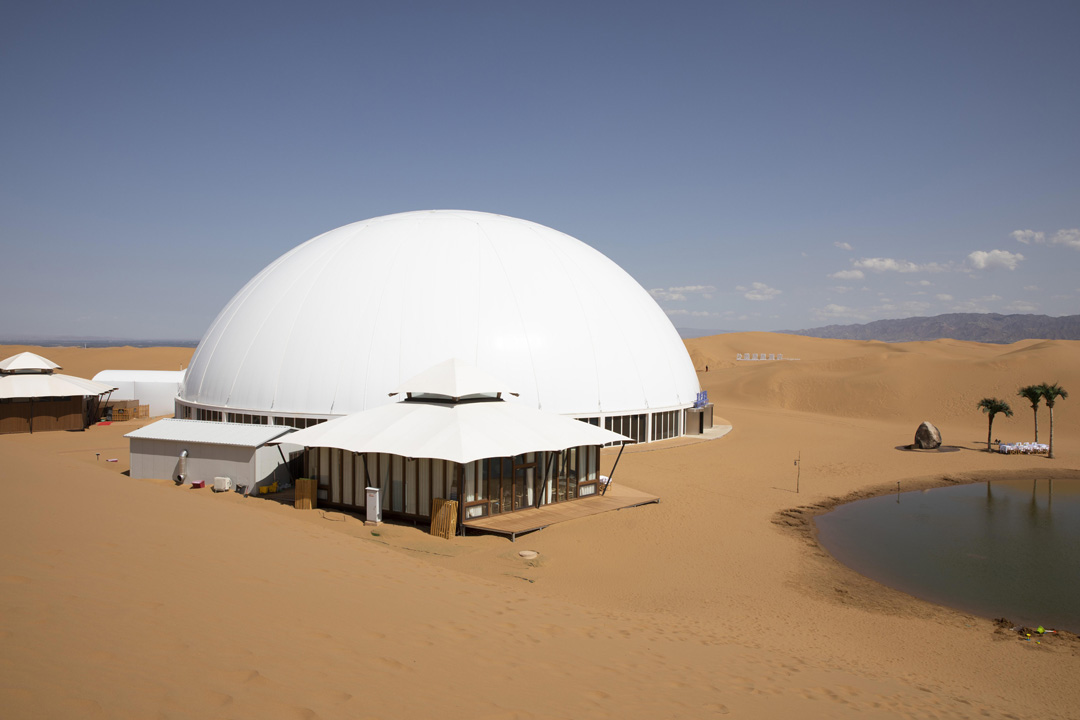 Workers were building the facilities. 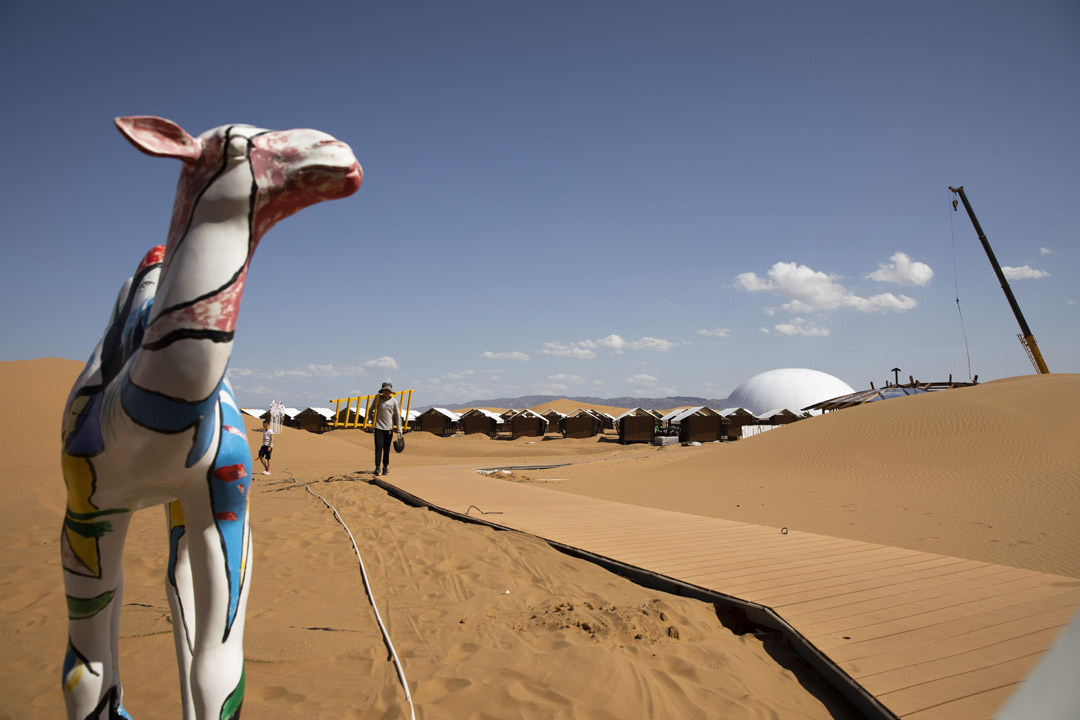 The cottages were placed close to each other. 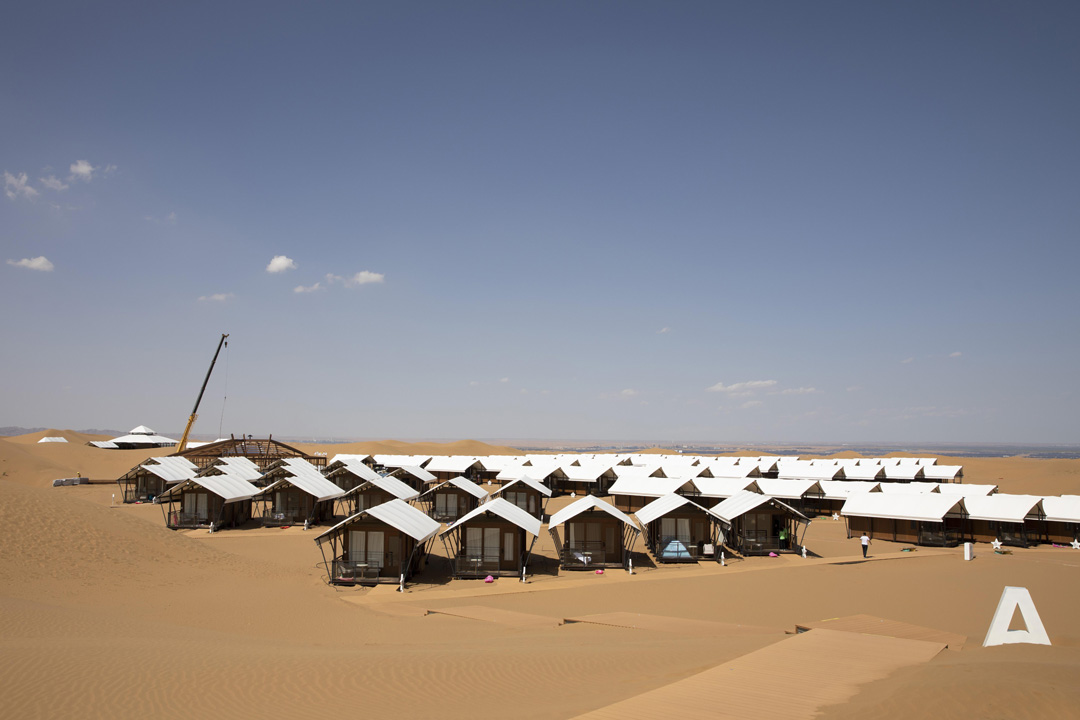 A tourist was enduring the heat of the desert on a terrace. 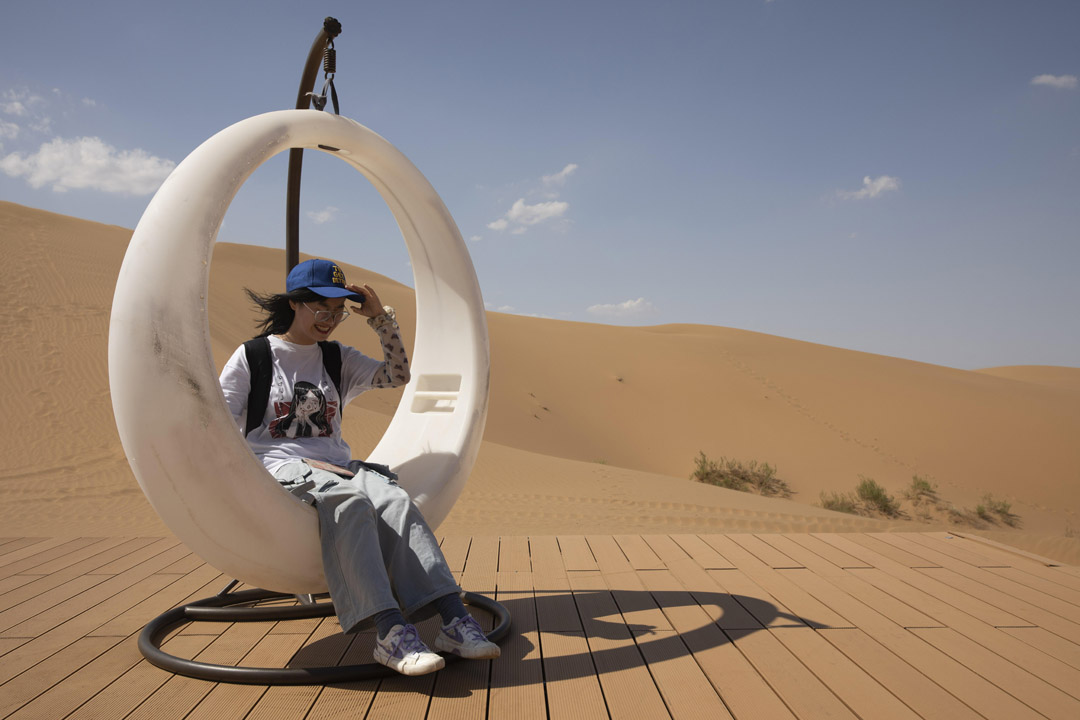 A child was playing next to one of the cabins. 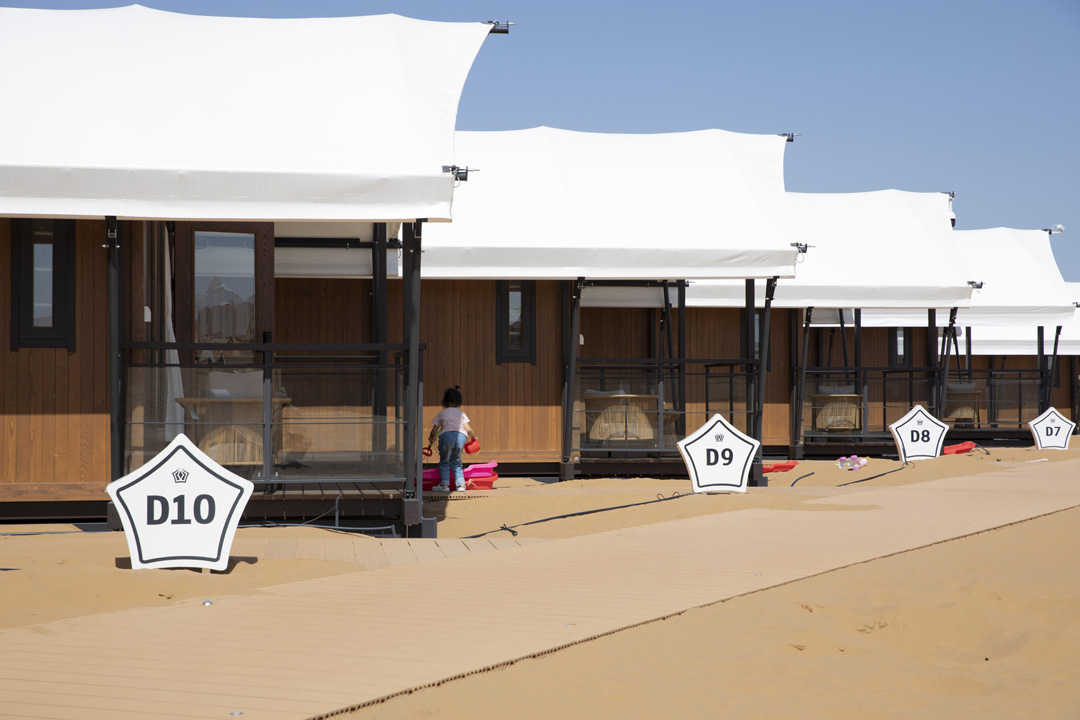