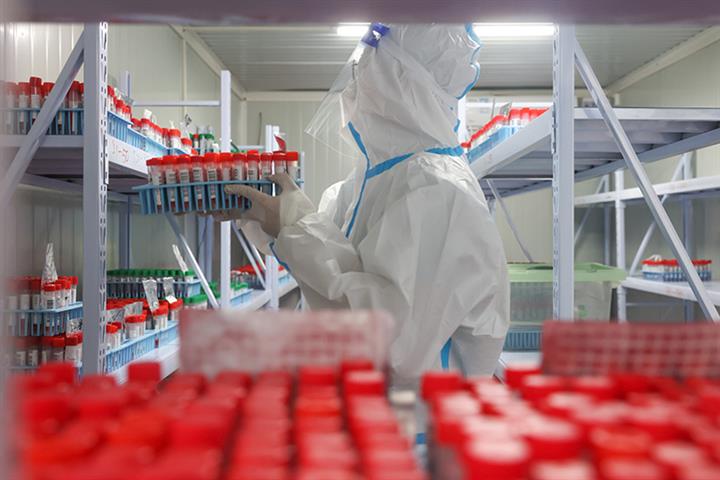 (Yicai Global) Nov. 28 -- Lanzhou Nucleus Huaxi Laboratory has been found to have uploaded negative Covid-19 test results onto the health codes of people who actually tested positive and the Chinese Covid-19 testing agency will be heavily penalized, according to local health authorities.

The Qilihe district government in Lanzhou, western Gansu province discovered on Nov. 24 that the polymerase chain reaction tests of some people infected with the novel coronavirus came up as negative on their QR health codes, the city’s health commission said on Nov. 25.

It turned out that staff members of Lanzhou Nucleus Huaxi inputted the wrong identification numbers for those with the positive test results into the system, which meant that their health codes stayed green, it said.

The company, which was formed on Aug. 8, has failed in its duty of verification and staff supervision and as such will be severely punished, the commission said.

Parent firm Shenzhen Nucleus Gene Technology has set up more than 16 companies named ‘Nucleus Huaxi’ in over 10 cities so far this year, most of which were registered in the last three months, according to corporate data platform Qichacha.

It has also changed the names of two existing companies in Harbin, northeastern Heilongjiang province and Suzhou in eastern Jiangsu province to ‘Nucleus Huaxi’ to include them in its testing chain. In fact, there are more than 30 companies nationwide with ‘Nucleus Huaxi’ in their names.