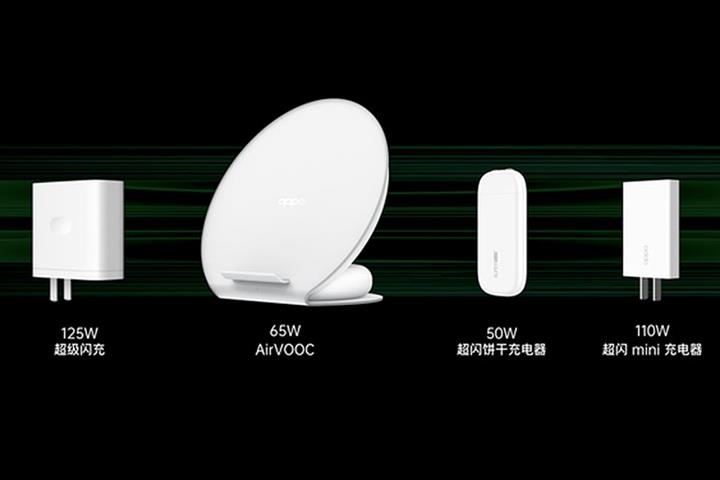 (Yicai Global) July 16 -- China's Oppo Mobile Telecommunications has debuted a new technology that can charge different brands of phones, tablets, and personal computers to full capacity as fast as in 20 minutes, deeming it to be the world's most effective charging technology.

The smartphone maker's 125-watt system can recharge a 4,000-milliamp-hour battery in 20 minutes, the Guangdong province-based firm said in a statement yesterday. It also launched a wireless and a mini charger, based on the same gallium nitride technology.

The speed could actually be as low as 13 minutes if overheating wasn't an issue, said Zhang Jialiang, chief scientist at the related unit.

The highly efficient material for power conversion is being touted as the future of recharging. By 2023, the related power supply market should reach USD423 million in scale, with a compound annual growth rate of 93 percent, according to market research agency Yole.

In February, Chinese rival Xiaomi launched its own version of the technology to charge Xiaomi Mi 10 Pro in 45 minutes.

The increasing production of GaN products should bring the cost down so that these kinds of chargers should become a marketwide standard, according to Huaxi Securities.