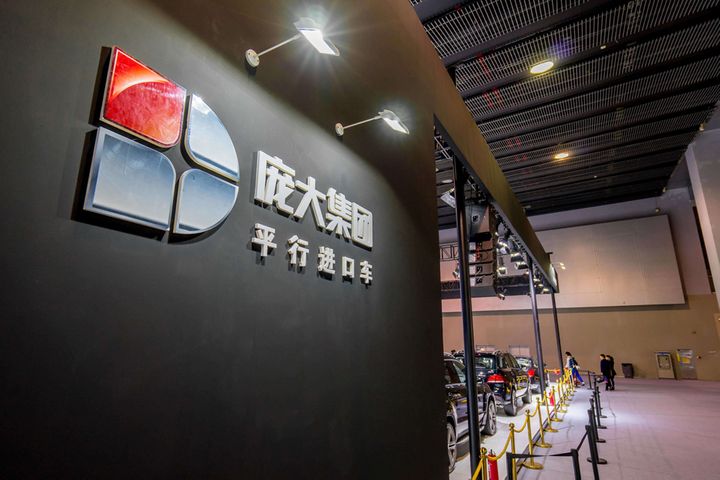 (Yicai Global) June 12 -- Pangda Automobile Trade, a major Chinese motor dealer, has filed for bankruptcy and recombination after struggling to climb its mountain of debt.

The Hebei province-based firm is awaiting approval for a debt-to-equity swap that could save the firm, President Pang Qinghua said in a recent interview with Chinese media. The company, which once had over 1,200 outlets nationwide, is not insolvent but is struggling with liquidity, he added.

Pangda hit a brick wall after peaking in 2017. It lost CNY6.2 billion (USD892 million) last year as its floating liabilities rose to CNY24.9 billion, and has been struggling to get back on track as China's car market -- the world's largest -- has been in decline for the past 11 months. Pangda has tried selling assets and bringing in new investors, but seemingly to no avail.

Creditors began demanding repayments given the gravity of the situation and the firm received a handful of legal documents asking for evidence of sales, financing and loan contracts.

"Who would take over after a company worth tens of billions of yuan recombined?" an investor in a large car dealer that did not want to disclose his identity told Yicai Global. "The reality may be much more severe than what's on the surface."

Several investors in domestic car dealers are pessimistic about the debt-for-equity swap as auto companies are struggling to turn a profit, another automotive investor added. The deal proposes the banks behind company loans become shareholders, but no financial institution wants to invest in a declining industry, he said.

Only a few private companies have the money to take over if the creditors are unwilling, the source continued.

Nearly 40 percent of China's car dealers lost money last year, according to data from the China Automobile Dealers Association, which forecasts that even more firms will lose money in 2019.