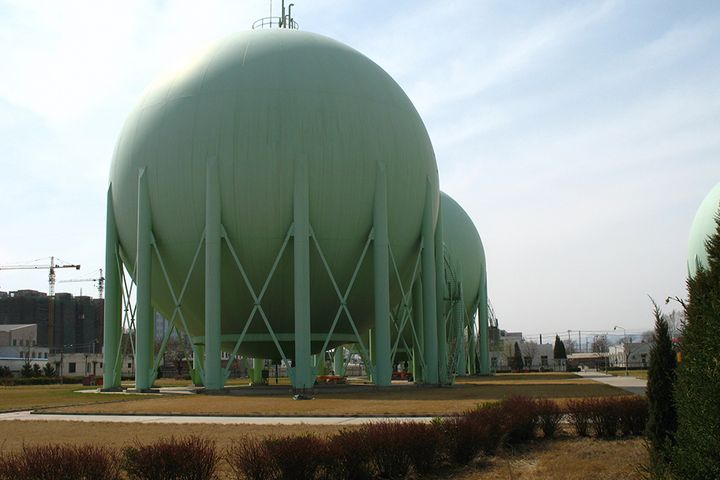 (Yicai Global) April 4 -- China will bolster its liquified natural gas emergency response system to secure supplies in the event of a surge in demand.

The government will allocate CNY2 billion (USD298.1 million) for LNG emergency storages, doubling its spending from last year, according to the latest budget report from the Ministry of Finance.

China has been shifting toward LNG from coal in the past few years to protect its environment but regional differences have made it hard to provide a stable source of energy for all at the time of need, and the storage network still lags behind those of Western economies.

China is a latecomer in the gas industry so its storage capacity is far behind those of European countries and the US, according to Zhang.

China has built 26 such storages with a working capacity of about 8 billion cubic meters, or about 3 percent of the nation's annual LNG consumption, a figure that is lower than the global average of 11 percent, or Western countries' over 20 percent, according to data from Chinese energy giant Sinopec.

Gas suppliers should be able to reserve no less than 10 percent of their annual sales by 2020, and that number is 5 percent for urban LNG companies, according to a policy that the macroeconomic planning agency of the National Development and Reform Commission crafted last April. Regional governments should store no less than three days of gas supplies, it added.