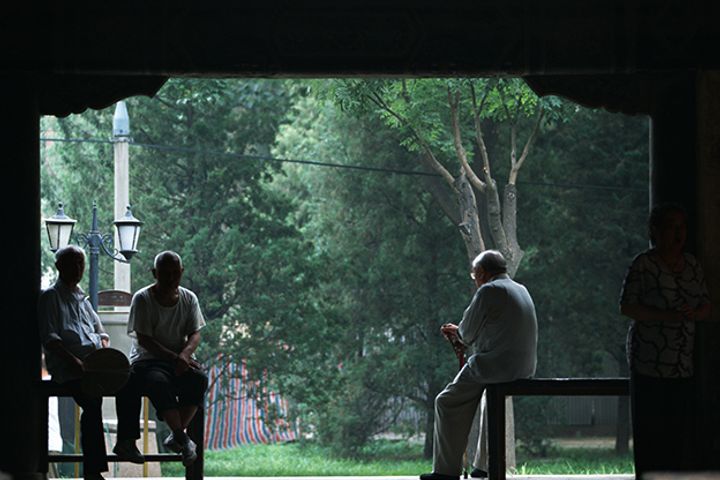 (Yicai Global) Jan. 22 -- Chinese authorities have played down the impact of its fast-growing aging population, saying that the vast amount of people in the country will make up for any shortfall and amounts to a demographic dividend.

The number of people over-60 years old in China has surged by over half to 249.5 million from 160 million in 2008, surpassing growth seen in European countries, according to data from the National Bureau of Statistics. The aging population makes up nearly one-fifth of the country's total people, up from 12 percent in 2008.

"China still enjoys a demographic dividend and pays more attention to its talent dividend," Ning Jizhe, head of China's National Bureau of Statistics, said at a press conference held yesterday. "Factors that allow for a better Chinese economy in the medium and long-term have not changed and will not change."

China's population grew very fast in the 1950s and 1960s, before growth subsided in the 1980's thanks to the influence of the one-child policy, Professor Lin Jiang from Lingnan College at Sun Yat-sen University told Yicai Global. People born in the 1950s are growing old now, but fewer young people are being born, so the population is aging fast, he stated, adding that China's rapid aging will continue for at least ten to twenty years because people born in the 1960s are also growing old.

China's population increased last year, with 15.2 million born and the country's workforce expanding to about 900 million, Ning said, stressing that more than 700 million of the working-age population are employed.

The quality of China's labor force has improved, he said, adding that 8 million college students graduate every year, which will play an increasingly important role in facilitating industrial upgrades.